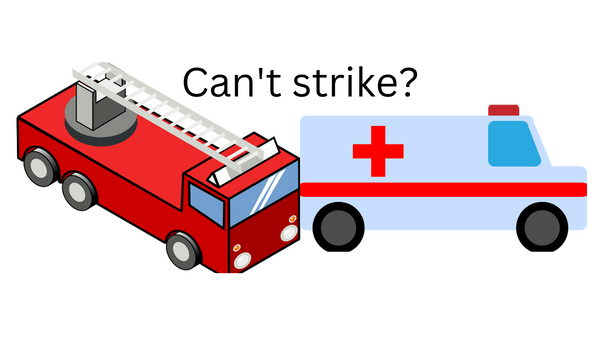 With ambulance workers and nurses in England and Wales threatening to go on strike later this month, that is, December 2022, the British prime minister is being pressurised to impose regulations that will ensure minimal disruption in the lives of the citizens.

That means, Britain may soon see strict laws that may even prevent fire fighters and ambulance staff from going on strike, so that emergency services are available to the citizens at all times.

With many border force employees stationed at several airports also threatening to strike, demanding better pay and working conditions, more disruptions appear to be on the horizon for Britain. Some leaders believe that new legislations may not really help in the present industrial action. The rail unions have been calling strikes on and off for some time now, demanding better pay and work conditions, and protesting against job cuts. The rail network was badly affected on the days of the strike, and the issue has not yet been resolved.

While media reports seem to suggest that much thought is being given to options that will mitigate industrial action in the times to come, nothing definite has been revealed officially. There is a likelihood that in trying to minimise disruption, there may be a ban on strikes by emergency services.

A bill has been presented in the Parliament proposing assurance of minimum service levels in terms of transport during strikes. However, discussions are yet to begin on the same by ministers.