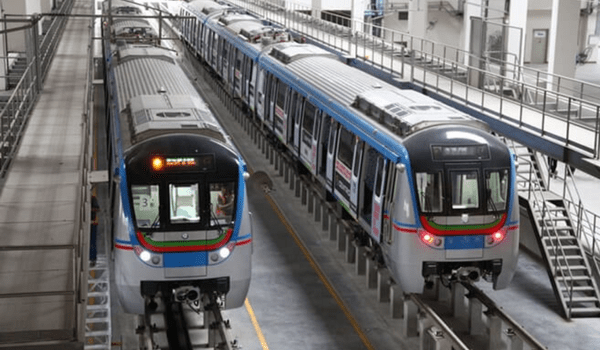 After the management assured the 150 contract employees of the HMRL, that they would have a discussion in the next few days, the workers who have been on strike since Thursday have agreed to return to work.

Moreover, earlier, the HMR management dismissed the protesters’ claims and issued a statement saying that the contract employees are spreading misinformation out of vested interest. The management warned the workers that strict action will be taken against them.

The workers demanded a minimum monthly salary of Rs 15,000 to 18,000 along with  an annual raise. Employees working night shifts expect  free travel support by metro. The workers also demanded at least 20 designated leaves apart from the regular weekly off days.

On Tuesday morning, the employees of the Hyderabad Metro Rail went on strike in protest of their low salaries and various other issues. The ticketing employees along the Red Line (Miyapur to LB Nagar) stretch demanded a salary hike and boycotted their duties, resulting in a brief interruption of metro services. Passengers on the Red Line experienced delays and had to wait in long queues at the stations.

According to the workers, their salaries have remained stagnant at around Rs 11,000 per month for the past five years. They also complained about being overworked and not having sufficient relief staff to cover their shifts. Additionally, the workers claim that they do not have free access to the metro services or decent discounts, despite being staff members. They also stated that the number of leaves they are entitled to is below industry standards.

The Hyderabad Metro Rail Management rejected the workers’ claims and stated that they have been hired through a contracting agency. The management accused the employees of deliberately disrupting train operations and spreading misinformation for their own benefit. They assured that train operations were running on time and that sufficient manpower was available.

Despite the strike, services at the Ameerpet Metro ran relatively smoothly, with only one of the eight entrances remaining closed. It was reported that the closed entrance was ‘under maintenance’ though authorities did not provide further information. The remaining entrances had slightly longer queues due to a reduction in the number of ticketing officers from four to two. Many passengers opted to purchase tickets through digital payment platforms instead.