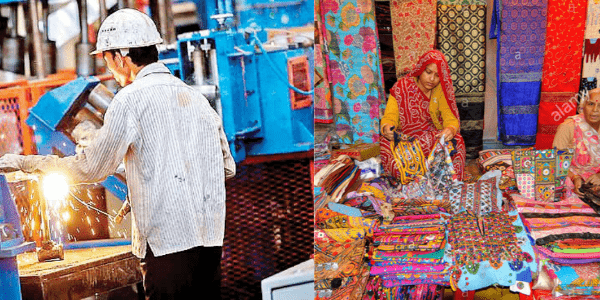 Less than 20 per cent of micro, small and medium enterprises (MSME) will continue with their existing staff strength, as per a survey report by All India Manufacturers Organisation (AIMO).

The survey revealed that over 70 per cent or around 72 per cent of the MSME enterprises were planning to reduce employee headcount to manage their businesses and get back on track. The report highlights the extent to which India’s job market has been adversely affected due to the lockdown following the COVID-19 outbreak.

India has over 65 million MSMEs employing more than 150 million people. Over 130 million people are self-employed. Startups account for 11 per cent of the total number of MSMEs.

The survey results were based on the responses collected from 46,562 respondents.

According to K. E. Raghunathan, the extent of job loss across the country will be revealed only by the end of August, 2020, as most respondents are in the process of gauging the number of returning employees and optimum employee strength required to sustain their business in the near future.

The report stated that 35 per cent of the MSMEs and 37 per cent of the self-employed respondents are pessimistic about recovering their businesses, and have begun shutting down operations.

The report by AIMO revealed that key concerns among the companies were demand forecast, collection of pending dues, raw materials, future EMI payments and salary issues. Money and manpower at a reasonable cost are the needs of the hour for quick revival of business.

The participants of the survey suggested that distribution of raw materials through Government undertaking, National Small Industries Corporation (NSIC), similar to a public distribution system (PDS) may be able to bring some relief. In addition, AIMO has asked the Government to allow banks to accept bill discounting facility for all sales invoices raised in the next three months, irrespective of the party being billed.

TSSC partners with Udacity India for skill development in the country