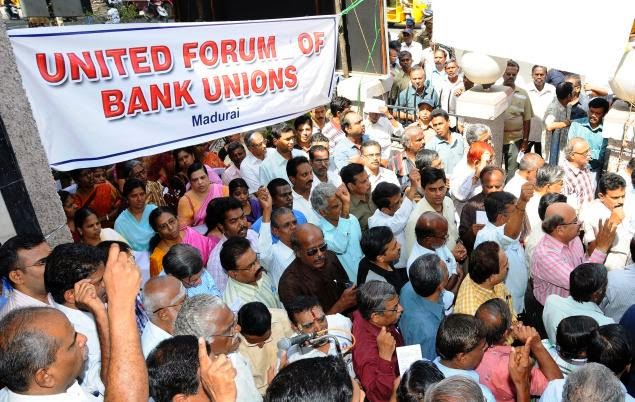 Indian Banks Association (IBA), the apex body of all nationalised banks has signed a bipartite agreement with five bank unions – AIBEA, NCBE, BEFI, NOBW and INBEF. As per this agreement, around 10 lakh staffers of 43 PSU banks will get a 15 per cent hike in salaries with effect from (w.e.f) November, 2012.

This 10th bipartite agreement puts an end to the ongoing negotiations between IBA and the bank unions. While IBA has been recommending a 5 per cent hike in salaries, the employee unions have been demanding a raise of 25 per cent. Finally, the concerned parties came to an agreement mid-way and decided on a 15 per cent hike.

It has also been decided that all nationalised banks across the country will remain closed on all second and fourth Saturdays, from July onwards. The first and the third Saturdays of each month, however, will be full working days.

As per the new pact, a special allowance for workmen at 7.75 per cent of basic pay along with applicable dearness allowance has also been introduced.

Chairman of the Indian Banks Association, TM Bhasin, has clarified that the arrears to the workmen will be given immediately while the officers will receive their dues within 4–6 months.

The 15 per cent hike is expected to put an extra burden of Rs 4,725 crore, annually. If the superannuation cost is included, then the total burden would be around Rs 8,370 crore.

The wage settlement has also seen the introduction of a medical insurance scheme for employees of member banks and their family members.

Earlier, all banks had reimbursement of hospitalisation and medical expenses on individual bank basis. From now on, a consolidated policy from four public sector non-life companies will be followed, which will provide employees with a floater cover of Rs 3 lakh and Rs 4 lakh for family.