According to a wage settlement agreement entered into by Hyundai Motor India with the workers of its Chennai plant, the technicians will receive an average salary hike of Rs 25,200 per month, spread over a period of three years. The settlement will be implemented with retrospective effect from April 2018 and will stay effective until March 2021.

The agreement was signed between the Hyundai management and the United Union of Hyundai Employees (UUHE).

Earlier this year, workers of Hyundai Motor’s Chennai plant had held a day’s token hunger strike in protest of delayed salary disbursement and inconclusive wage settlement discussions with the management. The permanent workers, under the recognised union, had even abstained from overtime operations, accusing the Company of using trainees to do the work of the skilled and permanent workers. The management of course denied these allegations asserting that it only allowed skilled workers on the production lines, and that trainees were not onboarded without a year’s intensive training and supervision by seniors.

At the Company’s Sriperumbudur plant, there are said to be more than 2,200 permanent workers, apporx. 3,500 trainees and another 5,000 contract workers. 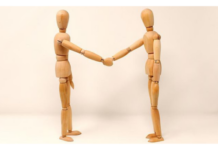