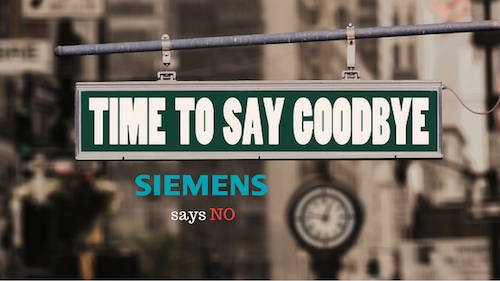 Siemens, the German industrial conglomerate has quashed media reports about a major round of layoffs as part of its Vision 2020 strategy, calling them baseless.

The online edition of German business monthly, Manager Magazin, recently claimed that Joe Kaeser, CEO, Siemens, had revealed at a roadshow that about 20,000 administrative jobs will be cut as part of Siemen’s ‘Vision 2020’ strategy. But the Company negated the reports and stated that no such figures have been shared.

The Vision 2020+ strategy aims to allow more liberty to the Group’s individual businesses – with offerings ranging from gas turbines and trains, to industrial robots and medical scanners —to draw up their own priorities.

By doing so, the Conglomerate expects to improve revenue and increase profits.

The Company is reported to have stated that the recently launched operating companies are presently drawing up a detailed plan; and that no cost-cutting scheme is on the cards yet.

The Company not only denied the layoff plan, it also stated that it will increase its workforce by 10,000 in its IoT unit in the next seven years.

Siemens witnessed protests earlier this year following announcement of 7,000 jobs cuts at its power and gas division. Workers in Germany successfully protested and managed to save plants in Berlin and in Goerlitz.

ZEE to onboard 500+ tech experts at Bengaluru hub