From a 15–16 level hierarchy, the organisation is moving to a five-level one.

Aiming for a much leaner workforce with a flat hierarchical structure, Tata Motors (TML) has embarked on a massive restructuring of human resources that would be effective 1 April. From a 15–16 level hierarchy, the organisation is reportedly moving to a flat five-level hierarchy.

Earlier, Tata Motors had three levels in the supervisory grade, five in the managerial grade and around six or seven in the executive grade. Moving into the new structure, now there would reportedly be five grades, L1 to L5, with L1 being the highest. Above these levels, there would be the executive directors, presidents and the managing director.

Although all attempts to get the company to comment on the same went unheeded, rumours are rife that about 1200-1400 senior managers might be asked to go post the completion of the exercise.

Tata Motors has embarked on a transformation journey and one of the core initiatives is the organisational effectiveness (OE) programme. This has been done to improve speed and agility in a large organisation like Tata Motors, which employs almost 59,000 people.

It is believed that this exercise is being undertaken by TML with an aim to become a lean, agile organisation, by empowering its business units with clear accountability, strengthening functional leadership and oversight, ensuring faster and effective decision making, and improving customer focus.

The company expects that the new structure will certainly lead to synergies by an optimal utilisation of resources. Apparently, the company made senior employees undergo tests through an assessment centre and there has been considerable realigning of officers in different grades.

While some functions and roles have been reportedly realigned, certain new functions have also been created. This new organisation structure will come into effect from 1 April, 2017.

PwC staff to get bonus to take vacations

Guest Writer - April 13, 2021
0
Some time ago, I visited a popular hole-in-the-wall Konkani restaurant in Mumbai to gorge on its delicious THALI. On an adjoining table was a...

HRK News Bureau - April 16, 2021
0
Data reveals that unemployment in Australia has dropped to a one-year low, and the number of people in jobs has exceeded pre-pandemic levels. This...

As a retention strategy, Walmart to shift hourly workers to full-time...

‘Can work abroad for 2 months annually’: Revolut to staff

HRK News Bureau - April 15, 2021
0
VMware, a US headquartered cloud computing and virtualisation tech firm, announced that it will enhance its existing wellbeing benefits programme, to allow its employees... 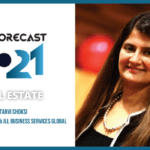 “Continuous & impactful communication through different modes will be a game changer,” Tanvi Choksi

HRK News Bureau - April 12, 2021
0
2020: What to learn – what to erase For HR as a function, staying connected to every single employee of the firm is extremely essential,... 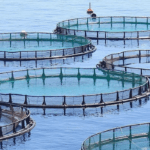 Fish farming to create jobs for youth in Uttar Pradesh

HRK News Bureau - April 12, 2021
0
The Government of Uttar Pradesh, working closely with the Department of Fisheries, is planning to create job opportunities for the youth of the State,...

Even CXOs can feel stagnated in their career

AdiGroup and Jet Airways employee consortium to bid for 75% of...