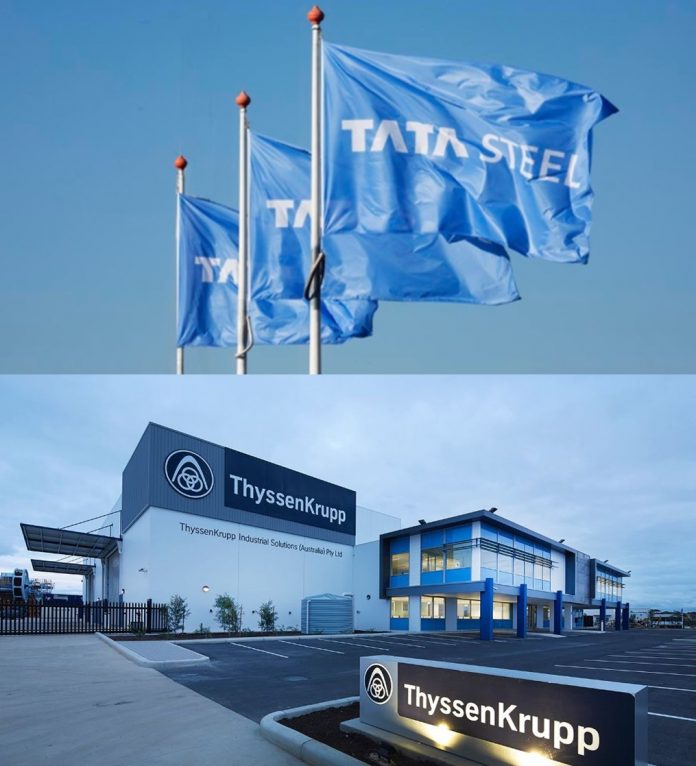 The merged entity will be the second largest steel company in Europe.

Tata Steel and thyssenkrupp will merge their European steel businesses. The two groups have signed an MOU to this effect in a 50/50 joint venture (JV). This will result in reduction of workforce by 2000 jobs in administration and around 2000 jobs in production—which will be shared equally between the two entities.

The objective of joining hands is to leverage the cost synergies, which come with the merger. This amalgamated entity will be the second largest steel company in the European Steel market, after ArcelorMittal.

Culture and capabilities are the other reasons for joining the two businesses. Both the groups have highly capable and dedicated workforces, which identify with their companies. Their ideas, visions and values match each other’s.

The JV process will start by the beginning of 2018, and will be completed by end of 2017. The merged entity will have about 48000 employees at 34 locations.

Speaking about the JV, Heinrich Hiesinger, CEO of thyssenkrupp AG, said “In Tata, we have found a partner with a very good strategic and cultural fit. Not only do we share a clear performance orientation, but also the same understanding of entrepreneurial responsibility toward workforce and society.”

The merged entity will be named thyssenkrupp Tata Steel and will be managed by a lean holding company based in Netherlands. The new entity will have a two-tier management structure, consisting of management and supervisory boards, with equal representation from both theyssenkrupp and Tata Steel.

Natarajan Chandrasekaran, chairman of Tata Steel, said “The Tata Group and thyssenkrupp have a strong heritage in the global steel industry and share similar culture and values.” Adding further, he said, “The strategic logic of the proposed joint venture in Europe is based on very strong fundamentals and I am confident that thyssenkrupp Tata Steel will have a great future.”