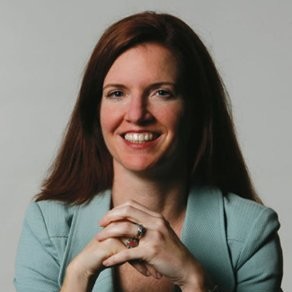 Elon Musk-founded electric automobile company, Tesla, is undergoing a major upheaval. Controversy seems to have got stuck with the Company. In June, Tesla had announced a layoff for nine per cent of its workforce following which the Company also shared that there have been sabotage attempts by a few employees.

Now, two of its top executives have decided to move on. Dave Morton, the Company’s chief accounting officer resigned in less than thirty days of taking on the role, and at the same time, the company’s HR head, Gabrielle Toledano, also announced that she will not be returning from leave.

Toledano, who was an executive of a video game publisher company, Electronic Arts (EA)
had taken over as the HR head in May last year. She is reported to have been on leave to spend time with family, and then decided not to rejoin due to personal reasons.

Prior to EA, she led the HR team at Siebel Systems. She has also worked in HR leadership positions at Oracle and Microsoft.

Tesla had experienced an exodus from its HR team in 2017. Jennifer Kim, director, HR engineering; MarkLiscomb, VP-HR; and HR head, Arnnon Geshuri quit the company. The three HR executives had quit amidst allegations of long hours of work, unsafe working conditions and harassment at the Fermont plant.

According to Worksafe, an organisation based in California with the single objective to make better workplaces by preventing injuries, illnesses and deaths at the workplace, “the working condition at the Fremont plant of Tesla is not safe.”

Worksafe reports that in 2015, the rate of injuries at Tesla was 8.8 injuries per 100 employees. This rate is 31 per cent more than the injuries of employees in the same year at other factories.

The Company had also attracted negative publicity when its CEO, Elon Musk, was seen smoking weed on a podcast. While this blooper was still fresh in the minds of the public, its chief accounting officer as well as its head-HR decided to quit.

Morton, who had joined the Company soon after Musk had announced his intention to go private on Twitter, clarified that he had had no disagreements with any of the senior officials of the firm or its fiscal reporting.

Kevin Kassekert is expected to step into Toledano’s shoes. He is reported to have been promoted as vice president of people and places. Kassekert has been with Tesla for six years, and his last position was that of VP-infrastructure development.