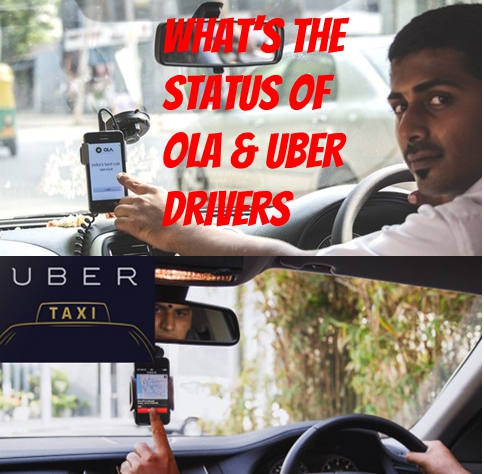 The drivers of these cab aggregators have complained against the arbitrary payment deductions on unsubstantiated grounds. Neither is there any indemnity scheme for the driver, in case of fraud booking, nor is there any freedom to cancel bookings.

In response to a writ petition filed by the Delhi Commercial Driver Union, the Delhi High Court has sought a response from the cab aggregators—Uber and Ola—on whether their drivers would fall under the category of employees or workmen. This will help the court decide on the employee benefits for these drivers. The Court also issued notices to the Centre and the Delhi Government.

The Delhi Commercial Driver Union, which claims to represent over one lakh drivers operating in the National Capital Territory, has sought the court’s direction on the following aspects:

•    Constituting a committee to look into the complaints of the drivers regarding work and pay condition.

•    Constituting a Committee to monitor and implement various labour laws.

•    Ensuring payment of compensation to the drivers, who are victims of road accidents during the course of their employment.

The drivers of these two cab aggregators have grievances that there are arbitrary deductions in payments on vague and unsubstantiated grounds. Besides, there is no indemnity scheme for the driver in case of fraud bookings, nor is there any freedom to cancel bookings. In addition, the aggregators change fares on a daily basis without prior notice. The lack of a grievance redressal mechanism is yet another issue.

The counsel, on behalf of the Union, argue that that the driver(s) fall under the definition of ‘workman’ under Section 2(s) of the Industrial Disputes Act, as an employee-employer relationship exists between them and the companies. They also have raised their concern on the constantly changing service conditions of the drivers.

Advocates for the petitioner, Akash Vajpai and Shoumendu Mukherji, also submitted that this issue has gained relevance especially in the light of recent foreign judgments in the US and UK, which held such drivers to be employees of Uber. They also stated that protests against the policies of such companies are being held not just in India but worldwide.

The Central Government stated that a Bill amending the Motor Vehicles Act, for regulation of cab aggregators, such as and Uber has been passed by the Lok Sabha.

The matter will be next heard on August 10.