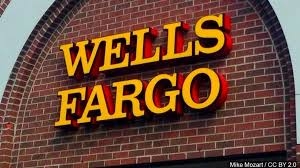 Wells Fargo (WFC), the American multinational financial services company has announced yet another round of layoffs. 638 more jobs are being slashed in its mortgage operations in Orlando, Ranch Cordova, Colorado Springs, and Charlotte. The reason for the downsizing is stated as subdued activity in the American housing market.

The concerned staff has been given 60 days’ notice and will be eligible for pay and benefits till Oct 21. WFC will also be trying to facilitate their placement in other companies. The affected staff may also be entitled to the bank’s salary-continuation plan that recognises the years of service.

This downsizing, as per the Company spokesperson, has been effected after studying the market conditions and consumer demands. The objective is to ensure better alignment with present sales volumes. Jobs, such as loan servicing and retial fulfillment and other the back-end work of mortgage operations, will be most affected.

With mortgage rates on the rise, the American mortgage market is going through a slump in origination volumes. Additionally, strong competition and dwindling supplies of homes for sale has badly affected demand for housing.

WFC’s mortgage banking income dropped by 33 per cent in the second quarter of 2018, on a year-over-year basis.

Apparently falling mortgage activity has affected other lenders as well. While some mortgage lenders have terminated staff, others have shut shop altogether.

Movement Mortgage, a mortgage lender from South Carolina, decided to cut 100 jobs in May this year, after having laid off 75 people in February.

US Bancorp’s USB banking subsidiary, US Bank, plans to lay off 260 employees, as it is looking to shut down its Bedford mortgage and consumer banking office.

WFC’s image was tarnished by the sales scam allegation followed by several lawsuits, federal and state investigations, as well as hearings. The Bank was finding it difficult to maintain profits as per the targets. Hence, WFC has doubled its cost-cutting programme to four billion dollars.

It is attempting to cut costs by improving processes through introducing of advanced technology, and by outsourcing operations among other measures.

It will take some time for Wells Fargo to tide over this crisis, but the Bank’s initiatives will support its growth profile in the future.

Milkbasket set to expand workforce by 2, 500 in Bengaluru