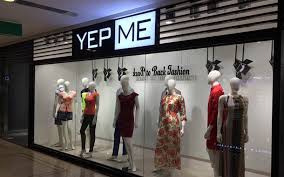 Their remunerations have been held back for six months

The employees of Yepme are planning to move to court because the e-commerce company has held back their salaries for six months. Around 20 employees have decided to sue the parent company of Yepme —VAS Data Services Private Limited—for not paying around Rs 35 lakh in dues.

Yepme has not been performing well, and had to fire around 80 per cent of its employees earlier this year.

Many employees had already left the company, sensing troubled times, while those remaining are not being paid their salaries. Also, the employees who wanted to leave the company asked for their dues so that they could resign and take up other jobs, but the management asked them to resign without paying them their dues.

There are more than 50 employees who have not received their salaries for six months now. Many have resigned without taking their dues because they needed relieving letters to join other companies.

Yepme is shifting its office and selling the remaining inventory to cut costs. The employees claim that the recent funding received by the company was utilised by the founders for their personal use.

Earlier, on August 28, the employees sent a legal notice giving the organisation 15 days’ time to pay their dues, but the company neither accepted the legal notice nor replied to it.

Fearing the loss of their salaries, the employees have also submitted a complaint against Yepme in the CM Window and the Sector 54 police station of Gurugram. The Labour Department is also trying to lend them support in ensuring justice.

Companies are paying employees to do charitable work