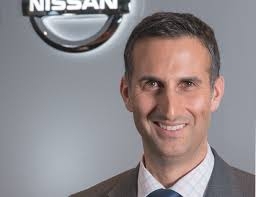 Bajaj had climbed up the rungs at Nissan, to become corporate vice-president, global human resources in 2014.

In its attempt to restructure human resources, the Renault–Nissan–Mitsubishi Alliance has appointed Indo-Canadian, Arun Bajaj, as the senior vice-president of human resources for the Alliance.

In his new role, Bajaj will continue current responsibilities of managing HR at Nissan apart from managing talent management for the Alliance. She will report to Carlos Ghosn, CEO of the Renault–Nissan Alliance.

He will replace Marie-Francoise Damesin, who retires as executive vice-president of human resources for the Alliance. Bajaj, who is a graduate from McGill University, Canada, will take on the responsibilities from August.

Ghosn said, “I would like to thank Marie-Francoise Damesin for her contribution to Groupe Renault and the Alliance by supporting the sustainable performance of the companies and the 450,000 employees.”

Bajaj started his career at Ford Credit Canada in 1995. He became a legal counsel at Ford Motor Company of Canada in 1999 and later joined Nissan Canada in 2003, as general counsel.

He became director-HR, Nissan North America in 2006. There he was responsible for the provision of all HR services for manufacturing in the US—for over 1,500 administrative employees. He managed policies and employee relations programmes with the help of a staff of 45 human resource, medical/safety and communications professionals.

Bajaj assumed positions of increasing responsibility in human resources management at Nissan, to become corporate vice-president, global human resources in 2014. He was based out of Japan for most of the tenure.