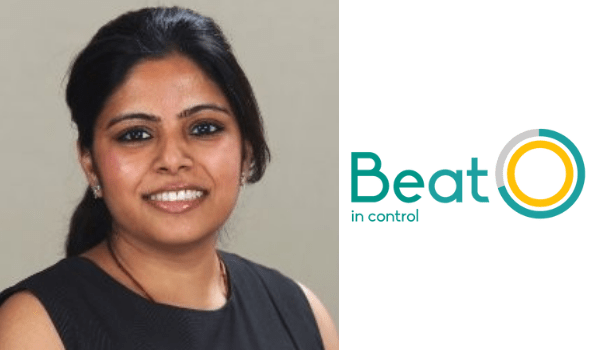 BeatO, the Indian digital app-based health platform to control diabetes, has been busy strengthening its leadership team. As part of the exercise, the Company has announced the appointment of Sugandha Jain as its vice president – human resources.

Jain comes with 17 years of experience across large organisations and multinationals including TCS, EMC and ZS Associates.

Jain began her career with Reliance Energy, where she worked in human resources for over two years before moving to Tata Consultancy Services in 2006. After four successful years in HR at TCS, she switched to EMC Data Storage Systems in 2010 as human resources business partner, for almost a year and a half.

In 2012, she joined ZS Associates as HR – lead , India. This stint lasted ten months and it was time for her to move on to HealthKart. She worked with the online health supplements store for over a year before joining Adroa Healthcare as HR director in 2015. At Adroa, she served her longest stint of over six years.

In her new assignment, she will help shape BeatO’s future strategy in tandem with other newly-appointed leaders. She will focus on strategising, attracting and retaining top talent from the industry and establishing BeatO as a change-maker in the industry.

The additions to the leadership team, other than Jain, are, Rahul Rosha, who has been appointed SVP- care transformation; Vineet Jain, who takes on the role of chief financial officer; Meeta Kapur, who is the head- content strategy; Vinod Kumar, who will play VP – operations; Bajrang Singh, who has been given the profile of director – care transformation; and Avinash Fernandes, who dons the mantle of director – sales operations.

Gautam Chopra, founder and CEO, BeatO, is confident that the new team of leaders “brings with them immense experience and novel perspectives to help shape the future of BeatO as a formidable leader in the healthcare industry, transforming people’s lives.”

With this brand new team of leaders in place, BeatO hopes to become the best-in-class diabetes care brand.