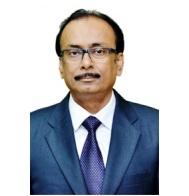 Bandyopadhyay joined BHEL as an engineer trainee in 1981 and has spent over 30 years with the organisation.

Bandyopadhyay who completed his degree in electrical engineering from Jadavpur University, joined BHEL as an engineer trainee in 1981. In the last 33 years that he has spent with BHEL, Bandyopadhyay has played several important roles in operational management, in various capacities, not only in India but also abroad.

He was a key member of the team that successfully executed three consecutive engineering, procurement and construction (EPC) projects of Petroleum Development Oman (PDO), Oman. The completion of these projects on time, which also demanded implementation of very high standards of safety and quality, enabled BHEL to secure further overseas orders for gas turbines.

In fact, before taking over as ED (HR&CC), Bandyopadhyay was head of the company’s power sector – southern region (PSSR) construction division in Chennai.

Bandyopadhyay also played a crucial role in the development of software for project planning and monitoring of various site activities, to enable timely completion of projects.

As an executive director of PSSR, Bandyopadhyay has skilfully handled the HR function, involving people at various levels, including workers’ unions as well as staff associations. He also maintained a cordial relationship with employees in general.