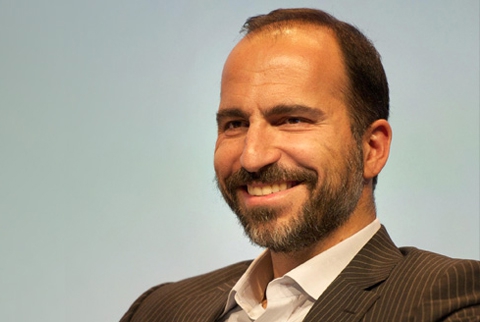 Khosrowshahi, CEO of Expedia, will replace Travis Kalanick who stepped down in June.Dara Khosrowshahi to be new CEO of Uber

The past few months have been very bad for Uber with cases of sexual harassment, firing related to cultural investigation, tussle with regulators, political pressures, alleged distribution of rape victim’s record, drug use, car explosion, and so on.

Then followed the exit of several of its top executives on moral grounds.  While the cab aggregator was reeling under the pressure of filling the vacant positions quickly, finding the right executive was not less challenging.

With several names to choose from, finally the company selected Dara Khosrowshahi as its new CEO, to replace former CEO, Travis Kalanick.

Earlier in June, Kalanick had stepped down because of revolt from the shareholders.

Some of the names considered for the position were Meg Whitman, who is the CEO of Hewlett Packard Enterprise and Jeffrey Immelt, head of General Electric.

Dara Khosrowshahi, an Iranian American businessman, is the CEO of Expedia, an American travel company. He has been with Expedia since 2005 and has helped expand the organisation globally, by bringing in several online travel booking brands.

As Khosrowshahi joins Uber, he will be burdened with the task of making the company operate and function, as it used to, pre-2017.

Several of the senior positions—senior vice president, global operations head, president and president Asia-Pacific—were lying vacant. The company is yet to fill the posts of chief operating officer, chief financial officer and head of finance.

The challenge for the new CEO will be to get these positions filled quickly, without affecting the business.

Yet another challenge for Khosrowshahi will be to deal with former CEO Kalanick, the key player in Uber’s origin, who has a seat on the board with 10 per cent of stock and 16 per cent of voting rights in the company.