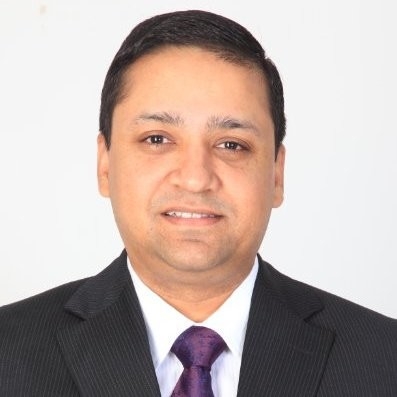 Nalin Garg, who was spearheading the human resources function in HT Media, has shifted base to Dubai. In his quest to venture into a different market and experience a new culture altogether, Garg has joined a realty firm, DAMAC Group, as the senior vice-president, people and performance.

DAMAC Properties is one of the key players in the luxury real-estate market in the Middle East. It offers residential, commercial and leisure properties across the region, including the UAE, Saudi Arabia, Qatar, Jordan, Lebanon and the UK.

The Group owns and operates the only Trump-branded golf club in the Middle East. In the first half of 2018, the Company delivered 1,490 units compared to 1,071 units in the same period last year. The Company plans to deliver over 4,000 units in 2018.

Garg is excited to work in a multicultural setup with the Group, which has operations in different verticals. “The idea was to move into a vibrant market and work in a different culture and environment. Dubai is the city of the future and the digital space here is evolving fast,” he says.

Garg will now be part of the Group’s ambitious expansion plans as it increases its presence in new geographies, such as China and London. Garg has been exposed to multicultural environments in his past roles. Those experiences will help him build a talent pool from different backgrounds to drive the agenda of the organisation.

“Each individual is different in terms of aspirations, motivations and ambitions. It will be a challenge to address these differences as there are no set formulae. I intend to drive people effectively for the Company’s growth,” says Garg.

He believes that the era of specialisations is getting over. Gone are the days when people remained stuck to one industry. The markets have changed now and leaders are moving across businesses and trades.

Having worked in diverse sectors, he is aware of the cultural differences that exist in the world. Therefore, he is in an advantageous position in terms of his ability to address various issues in his new role.

In 1999, he had joined entertainment channel, Sony, as the senior vice-president HR and shifted to the beverage industry in 2002 to join Diageo as HR director-Middle East and India. His next move was to Coca Cola as its VP-HR, South West Asia in 2006, where he climbed up the rungs to become group HR director in 2009 for its global business services in Atlanta. He held positions in the international market as well. Garg ventured into healthcare in 2011. After his international tenure, he worked with Wockhardt as president-HR, for almost three years before joining Cipla as the global head, human resources in 2014.

Garg has a dual master’s in personnel management and industrial relations from the Tata Institute of Social Sciences, and political science from the University of Mumbai. He has worked in a wide range of industries from entertainment and media to beverages and healthcare, holding various leadership positions.

A versatile and well-rounded leader with exposure to multiple industries, Garg is sure to drive the organisation at different levels.