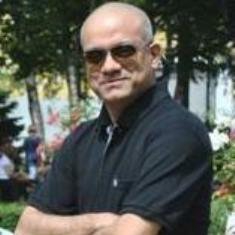 Come September, Roy Choudhury will take over as head of the HR function at Vodafone India. He will replace Ashok Ramachandran, who has called it quits after six and a half years.

Roy Choudhury started his career with the paints company, ICI India, as a management trainee, in 1988. He soon climbed up the ladder to become the HR manager.

After six years at ICI, Roy Choudhury joined the telecom company, Motorola, as HR manager, for a short stint of just over a year. He then moved to Baxter Healthcare as GM-HR, where he spent more than five years.

Roy Choudhury joined Reckitt in 2007 where he served his largest stint of 12 years. He rose up to the position of director, human resources, South East Asia, responsible for the HR function across South East Asia, covering India, Indonesia, Philippines, Thailand, Malaysia, Singapore and China.

He is an alumnus of Presidency College, Kolkata and the Tata Institute of Social Sciences

Meanwhile, Ramachandran has decided to leave the Company to pursue another opportunity.

He had joined Vodafone India in January 2009. The official statement released by Vodafone says that Ramachandran contributed significantly to building a performance culture, developing the HR department and bringing about functional depth in the organisation.

“Under his leadership, Vodafone undertook the journey of embedding safety, diversity and a culture of care and respect.” the statement added.

Concidentally, Ramachandran also started his career with a paints company, Asian Paints, where he spent around 11 years. He moved to GE Money as VP-HR in 2000, to complete a successful stint of two years. In 2002, he moved to TATA AIG Life as Sr VP-HR, and spent a good six years there.

Little is known about Ramachandran’s next destination.

Sunil Singh moves into a new role as head of Leadership...