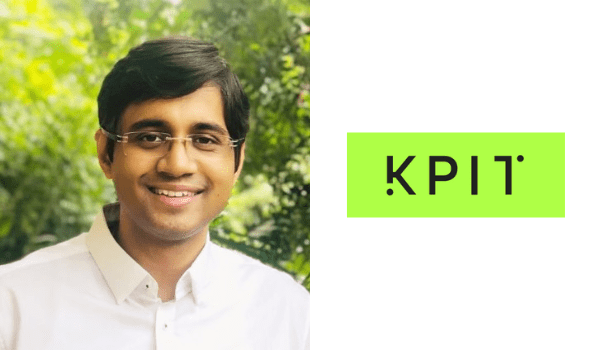 An alumnus of XLRI Jamshedpur, Mitra has also served as a part-time guest faculty at XLRI for a few PGDM(HRM) and AHRD courses last year.

Mitra began his career with Mahindra Rise, where he joined in 2007 as a graduate engineering trainee working for XUV500 Powertrain integration. Within 10 months, he became lead for the engine design team. After over three years in this position, he went on to become assistant manager – HR, involved in building capability and HR strategy, and aligning manpower development to business needs among other responsibilities.

In 2011, he became deputy manager – HR and Mahindra Technical Academy. Two years later, he was elevated to the positon of manager – HR and Mahindra Technical Academy. After a successful stint of over seven years, it was time for Mitra to move on to Eaton, where he joined as human resource manager in a global role. There, as global HR manager, he lead technical capability building (talent management) for Eaton Engineering function across various geographies, being responsible for over 10,000 engineers. He also served as HR business partner for corporate research & technology in India.

His next stop was Cummins Inc. in 2018. There, he started off as strategic human resource projects leader, before being elevated to HR leader – global analytics centre and strategic HR projects leader in his two and a half-year long stint with the Company.

He decided to go on a sabbatical for about three months, before taking up a full-time position at AppDirect, as director – human resources. A little over a year later, he is now part of KPIT, the Indian multination that provides software to automotive companies.

Known for his mentoring and coaching skills, Mitra will certaintly prove to be an asset to KPIT India.