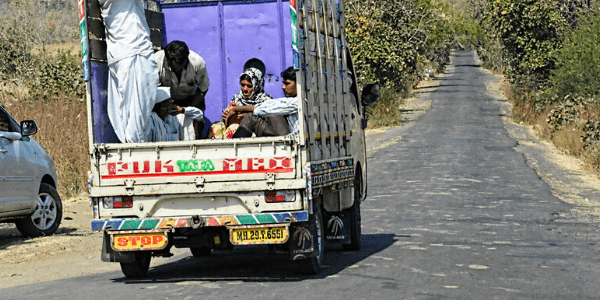 The impact of COVID-19 has been disastrous on the economy, particularly the vulnerable informal and guest workers and their families. Over 67 per cent of workers have lost their jobs across 12 states in the country.

In urban areas, 84 per cent of the self-employed workers lost their livelihoods. For casual and regular salaried workers, the number stood at 81 per cent and 76 per cent, respectively.

The difference is clear when we look at the numbers for rural areas in the country. While the percentages are quite high, they are still significantly lower than those of the urban populace. For the self-employed bunch, the number stands at 47 per cent, which is slightly higher than half of its urban counterpart. For the casual workers, the percentage is down by 15 points at 66 per cent and for the regular salaried workers, the number stands at 62 per cent.

These figures have been consolidated by the Centre for Sustainable Employment, at the Azim Premji University, in collaboration with 10 other civil society organisations as a part of an on-going survey. A detailed phone survey of 4000 workers, across 12 states in the country, has been carried out to gauge the impact of the COVID-19 lockdown on employment, livelihoods and access to government relief schemes.

The survey was carried out in Andhra Pradesh, Bihar, Delhi, Gujarat, Jharkhand, Karnataka, Madhya Pradesh, Maharashtra (Pune), Odisha, Rajasthan, Telangana, and West Bengal. The survey maps out the data collected between April 13 and May 9, 2020.

The key findings from the report include decline in income levels across self-employed and casual workers. For the non-agricultural self-employed workers who are still employed, the average weekly earnings fell almost 90 per cent, from Rs. 2240 to Rs. 218.

A similar fate met the casual workers who are still employed, whose average weekly earnings fell from Rs. 940 in February to Rs. 495 during the lockdown. The percentage fall in earnings stood at 48 per cent.

Almost half of the wage workers received reduced or no salary during the lockdown. Even then, the numbers are significantly higher for the urban workers at 57 per cent as compared to 43 per cent for the rural workers. Farmers, who have been instrumental in providing a continuous supply of food for the nation, have fared no better. Almost 90 per cent of the farmers are unable to sell their produce at the full price. Here, the difference between urban and rural farmers is not too wide standing at 91 per cent and 88 per cent, respectively.

The effect on individual workers is bound to impact their families as well. The impact on households has been significant with many of them reducing their consumption of food. Moreover, the lack of adequate flow of money into the household has rendered almost half, that is, 45 per cent of the total, unable to buy even a week’s rations. Out of the total, 61 per cent are from urban areas and 34 per cent from rural.

As a result, 74 per cent of them have been consuming less food than before. The numbers are again higher in the urban areas, standing at 80 per cent for urban and 70 per cent for rural.

Inadequate finances to meet the daily needs of food and other expenses, such as rent have forced many of them to take loans. Almost 38 per cent of the total households have been forced to turn to loans to meet finances.

The Government has been trying to dole out relief measures to ease the difficulty of the workers. However, help has not been uniformly received by all.

The access to rations has been the most utilised measure yet, according to the survey where around 86 per cent of the total households have been beneficiaries of the exercise.

Out of the total, close to ten per cent were unable to get the rations while the rest of them did not want it.

While the urban workers have been hit the hardest, the number of respondents from urban areas stood lower at 1,498 than those from rural areas numbering at 2,176 of the total.

Most of the respondents surveyed in both urban and rural areas were women, while tiny factions in both were from the transgender community.

Rosa Abraham, a postdoctoral research fellow at Azim Premji University, highlights the possible reasons behind the higher impact on workers in urban areas. “In terms of livelihood, most of the workers in rural areas are also involved in agriculture which acts as a cushion for them to fall back on. Urban workers bereft of this option are hit harder”, says Abraham.

Rural societies have a support system among themselves of helping each other out which is lacking in urban areas. “This might a reason behind urban workers having to resort to facilities like loans for financial sustainability”, she adds .

Government scheme coverage is also better in rural areas with schemes like PM Kisan Fund catering exclusively to rural areas. Moreover, at least 50 percent of the migrant workers are situated in the urban areas taking a huge hit which could also be a possible reason behind the larger impact seen in urban areas.

In summary, there has been severe disruptions in livelihoods and sustainability of the workers because of the lockdown. While the researchers deem that recovery from this downhill trend is going to be slow and painful, they also claim that the measures initiated by the states and centre are not in proportion to the severity of the situation on the ground.

As a response to the preliminary findings, the team which conducted the survey has suggested few measures to help the conditions of those most affected.

The first is to universalise the public distribution system (PDS) to expand its reach and implement expanded rations at least for the next six months. Second, cash transfers of at least Rs. 7000 per month for two months. Third, they suggest opening up of the MGNREGA sites in keeping with physical distancing norms as an urgent need. In addition to the above, the team suggests proactive steps, such as the expansion of MGNREGA, introduction of urban employment guarantee and investment in universal basic services as the needs of the hour.