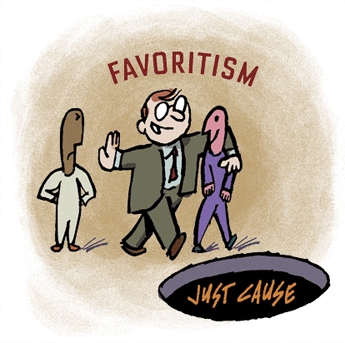 This makes the role of HR questionable, as maintaining parity and ensuring justice are among its core jobs.

It’s not surprising at all. Close to 90 per cent of the respondents in the survey by JobBuzz claim that there is disparity in pay for the same role and level. The participants of the survey claim that they have experienced favouritism in their organisations.

The blue-eyed employees of the reporting bosses and senior management get a better hike than the average employee. Similarly, the external hires get a better pay package than the existing employees.

If such practices are rampant, the role of HR in such organisations is certainly questionable, as one of its core jobs is to maintain the parity level and also ensure that justice is meted out to deserving employees.

After all, such malpractices directly impact employee motivation, performance, productivity and loyalty. In fact, it is important for companies to conduct salary-benchmarking surveys and correct actual and perceived inequalities in compensation among their workforce.

The survey revealed that close to 40 per cent of the respondents cited external hires being paid more as the reason for this disparity. Another 35 per cent opined that it was due to favouritism of the reporting manager.

Interestingly, only five per cent of the respondents mentioned better individual performance as the reason for this disparity.

What is surprising is that the level of disparity is so wide that it cannot be ignored. Around 21 per cent of the respondents said that the gap was as high as 30 per cent, which implies that two employees with the same job profile and working at the same level have a difference of 30 per cent between their salaries.

Another 27 per cent opined that the difference in salaries ranged between 20 –30 per cent in their own companies and an even higher percentage of respondents (34 per cent) reported a disparity of 10–20 per cent.

Only 18 per cent of respondents claimed that the disparity in their company’s compensation packages for the same level was below 10 per cent.

Over 38 per cent of the respondents said the pay gap was more than 40 per cent, while 26 per cent said it was between 30–40 per cent. Another 21 per cent reported the difference in between 20–30 per cent.