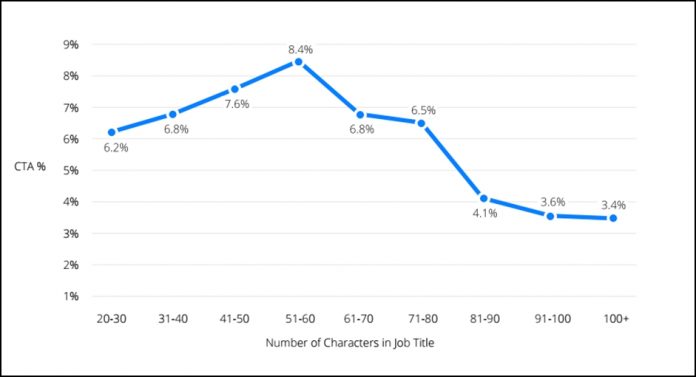 A study of 33 million clicks and 2.5 million applies across pay-per-performance job ads, suggests that CTA rate is impacted by the length of the job title, job description, device and also the nature of the job.

On an average, companies spend a substantial 30 per cent of their recruitment budget on job advertising. However, rarely a company would try and evaluate this spend. Most companies anchor their job advertising budget to the macro-metrics, such as total number of applicants, which may not be the ideal metric always. Companies need to optimise this budget to increase candidate flow, application volume and return on investment (ROI). There are other factors that need to be analysed in their recruitment media strategy, so that improvisations can be planned accordingly.

A recent report by Appcast, a developer of programmatic job advertising technology, examines the job advertising from all aspects. For this report, Appcast analyzed 33 million clicks and 2.5 million applies across pay-per-performance job ads. The study included over 750 companies, ad agencies and job boards.

The study suggests that candidates prefer to search and view job ads on their mobile, but choose to apply for jobs mostly through their desktop. This has to do with the convenience of the device. Close to 50 per cent of all job ad clicks in 2016 – 16.2 million of 33 million clicks were on mobile but only 28.8 per cent of all applies were done through mobile which is 0.7 million of 2.5 million applies.

Though, there significant difference in click to apply (CTA) rates between desktop and mobile, the CTA for mobile has grown from 2 per cent in 2014 to 4.32 in 2016. The desktop CTA rates have remain constant at around 10.5 per cent. Overall the CTA rate across devices is 7.5 per cent.

The study also suggests that jobs that require less information to apply, or are easy to search for from a job site have a higher CTA rates. For instance, the average CTA for restaurant jobs is 11.3 per cent, for customer Service it is 8.2% and for administrative and clerical jobs, the CTA is 6.6 per cent.

In contrast, the CTA rate was low for healthcare, consulting and marketing industries, due to requirement of more information when applying and also need for necessary education level and skill sets. HR had the lowest mobile CTA rate of 0.5 per cent.

Interestingly, CTA rate is impacted by the length of the job title and job description.

Job titles containing 51 to 60 characters had a CTA of 8.4 per cent, which was higher than other job title lengths. The key is to give short and simple job titles with locations.

Similarly, longer job descriptions don’t necessarily help candidates decide to apply. A clear and unambiguous job description is the key to engage the candidates and prompt them to learn more about the job. It was found that candidates were more driven to apply for a job (8.9 per cent), which has a job description length of 501 to 1000.

The average cost-per-click (CPC) bid value was $0.55 in 2016, which increased by 20 per cent in the latter half of the year. The increase in bid was due to more jobs in the market. Also, towards the end of the year, companies have to spend the remaining budget, which they do so by increasing the bid value.

If we see the average CPC bids by industry, the transportation industry had the highest bid of $0.79 and the lowest bid was $0.32, by the retail industry. There was competitive hiring pressure for particular jobs in 2016, which affected the CPC.