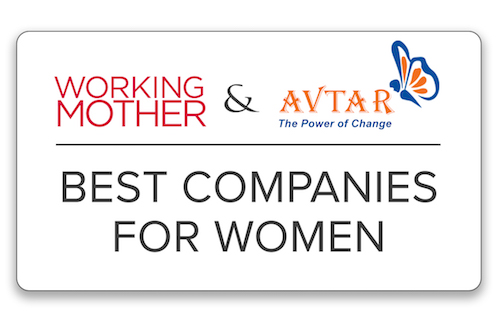 Here is yet another reason why organisations should focus on hiring more women and also encouraging them to take on leadership roles – women are more likely to remain with an organisation than men!

Also, at the C-suite level, the rate of attrition of women is only four per cent, whereas it is eight per cent for men!

However, men are more likely to be promoted to mid-management levels as compared to women, and the hiring of women has fallen by 2.5 per cent in the last one year.

These facts came up in a study done by the AVTAR group which also lists the Best Companies for Women in India (BCWI).

While the rates of promotion of men and women remained equal at the C-suite levels, the study found that the likelihood of men being promoted was three per cent higher than that of women, when it came to mid-manager and senior- manager levels.

So what is it that is keeping women loyal to their organisations?

Of the 345 companies surveyed, it was discovered that most companies believe in their employees’ well-being, especially women, for which they have taken initiatives such as skill building programmes, child care facilities, mentoring schemes, and so on. The most crucial phase in women’s lives, that of maternity, has also been factored into these initiatives.

Seventy-one per cent of the 100 best companies have programmes in place to help re-integrate women employees when they return from maternity break.

Around 49 per cent of the 100 best companies have support programmes that help women fight post-partum depression and the stress of motherhood. Such initiatives have ensured that only 12 per cent maternity attrition was experienced amongst the surveyed companies.

Other initiatives that attract women as well as men are gender-inclusive programmes aimed at reducing stress, professional consultation for mental health issues, counselling for marital or relationship issues, and emotional support. There has been a significant increase in the number of companies that have initiated such programmes.

Saundarya Rajesh, founder-president, AVTAR Group, says, “Offering such support, especially at critical life events, such as maternity, help women professionals navigate emotion hurdles and move on to build successful, sustainable careers. With personalised handholding, their engagement with their employers is heightened and growth to leadership is a natural, logical extension.”

So, which are the companies that are doing things just right for women?

The ten best companies in alphabetical order are:

These companies were evaluated on the basis of the profile of their workforce, flexible work options, women’s recruitment and retention, benefits & work-life programmes, parental leave, company culture, and safety & security.

The study reveals that with their progress up the corporate ladder, women enjoy better chances of promotion. The promotion rates of men and women at the top level are 5.3 per cent and 5.9 per cent, respectively.

This clearly indicates that if the appropriate environments are provided, both men and women are able to grow into leadership roles.

According to the study, of the 100 best companies for women, 51 per cent have formal programmes to help returning or second-career women, while 70 per cent of them study women-specific problems at least once a year through surveys.

And all the top 100 BCWI have zero tolerance for sexual harassment at work and ensure that the workforce is gender sensitive.

Around 77 of the top 100 best companies for women, offer remote working options and 68 of them offer training to their flexible staff to work effectively and smartly without monitoring. Forty-four per cent women and 42 per cent men at the 100 best companies for women have formally taken advantage of some form of flexible working in the last one year.

In addition, all the 100 best companies for women train their managers to understand the work-life problems of women and also to help them progress at work.

Clearly, workplaces are becoming friendlier for women and reaping the benefits of their loyalty too.