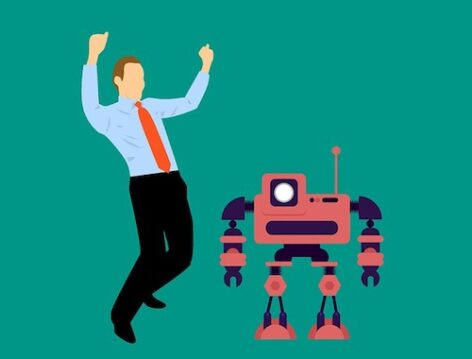 A complex-looking future is already knocking at the door. Organisations cannot afford to go easy on preparing their workforces for times when almost everything around us will be disrupted, or at least influenced by AI-enabled processes. With a prevalent fear of certain jobs getting swept away, awareness about this shift just doesn’t seem to be an issue. Yet, however, a new research by Accenture reveals that only 20 per cent of Indian business leaders believe their workforce has the skills needed to work with advanced technologies, such as AI.

Although the vast majority of Indian organisations believe that advanced technologies will be crucial for future growth, only a few plan to increase their training investment significantly in the next few years, thereby limiting their ability to harness the potential of advanced technologies, such as artificial intelligence (AI).

Accenture’s Future Workforce Study, based on a survey of 1,100 workers across skill levels in India and a study of 100 senior executives in the country, found that while 69 per cent of the senior executives agreed that adopting intelligent technologies will be critical to their organisation’s ability to differentiate in the market, none said their organisations plan to increase their training investments over the next three years significantly. This, despite 59 per cent of the executives identifying skills shortage as a critical hindrance to future growth.

We are entering the age of man–machine collaboration, where machines will augment human capabilities, allowing people to focus on what they do best while doing the things that humans would rather not.

Surprisingly, on the other hand, the vast majority of workers surveyed, expressed the need for training, with 93 per cent saying it will be important to learn new skills if they are to work with intelligent technologies in the next three to five years, and even more (95 per cent) saying they believe that AI will help them perform their jobs more efficiently.

The future being talked about here, isn’t far. “We are entering the age of man–machine collaboration, where machines will augment human capabilities, allowing people to focus on what they do best while doing the things that humans would rather not,” says Sunit Sinha, who leads Accenture’s Talent and Organisation practice in India. This makes it clear that the future workforce needs to be skilled to work alongside machines, with a focus on improving the intrinsically human abilities that will determine their success. The commitment to using advanced technologies for growth, needs to be supported by an equal commitment to transforming the organisation for the future.

With that in mind, Accenture has already begun putting back 60 per cent of the money it saves through investments in AI into its training programmes. As a result, it has retrained tens of thousands of people whose roles were automated, over the past two years.

Sinha believes it is not the jobs but the tasks that get hit by automation. Hence, jobs will remain but the nature of jobs will change drastically over time, taking away the transactional bit and letting humans focus on the more creative aspects of a job.

Research suggests three strategies to help leaders shape the future workforce in the age of AI:

Reimagine work to better understand how machines and people collaborate

More than half (56 per cent) of the Indian executives surveyed believe that traditional job descriptions will become obsolete, and 22 per cent report that they’ve already redesigned jobs to a large extent in their organisations.

To fill the new and reconfigured jobs of the intelligent enterprise, companies will need new approaches to training. ‘New skilling’ programmes must be rapid, flexible, customised and scalable to maximise the value that can be achieved when humans and machines work together. Also, companies will need to invest more in training.

Prepare the organisation for human–machine collaboration

To foster the human–machine collaboration that will give the best results, companies must not only address the skills challenge, but also make organisational changes — including redeploying talent, organising for agility, and adapting leadership to the needs of the intelligent enterprise.

Research shows that AI, like all new technologies, will drive efficiencies by eliminating some roles, but it will also help create new jobs by enabling companies to achieve sustainable competitiveness, which is about driving efficiencies and growing at the same time. Ultimately, it is not so much of a jobs issue than a skills issue! 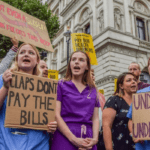 57% senior executives in India hopeful of job growth in 2019