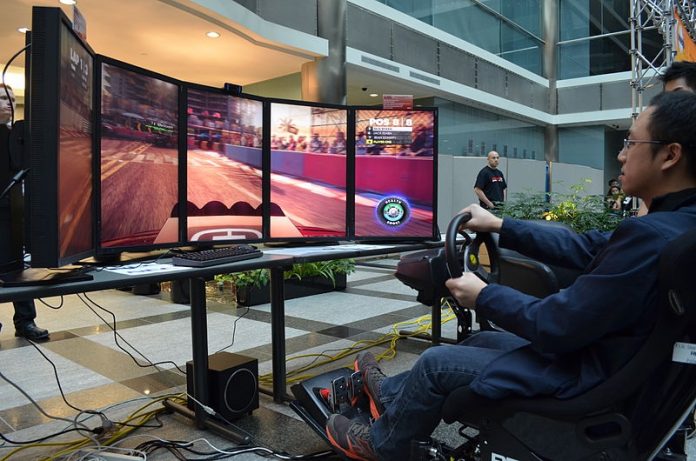 In times people are glued to their smartphone apps and games, a new research suggests that playing video games may actually help reduce stress at work.

Work stress is a much talked about common phenomenon now, and suggestions to combat it have been pouring in from everywhere. From taking quick breaks, to meditating, to taking pets to work, employees across the globe have tried various ways to tackle stress. However, a recent research has come up with a really unusual solution to managing work stress – video games. Yes, in times people are glued to their smartphone apps and games, a new research suggests that playing video games may actually help reduce stress at work.

A majority of people across the globe, regularly experience cognitive fatigue related to stress, frustration, and anxiety while at work. The Human Factors and Ergonomics Society states that those in safety-critical fields, such as air traffic control and health care, are at an even greater risk for cognitive fatigue, which could lead to errors.

With that in mind, and given the amount of time that people spend playing games on their smartphones and tablets, a team of human factors/ergonomics researchers decided to evaluate whether casual video game play is an effective way to combat workplace stress during rest breaks.

Michael Rupp, a doctoral student in human factors and cognitive psychology at the University of Central Florida and his co-authors used a computer-based task to induce cognitive fatigue in 66 participants, who were then given a five-minute rest break. During the break, participants either played a casual video game called Sushi Cat, participated in a guided relaxation activity, or sat quietly in the testing room without using a phone or computer.

Rupp notes, “We often try to power through the day to get more work finished, which might not be as effective as taking some time to detach for a few minutes. People should plan short breaks to make time for an engaging and enjoyable activity, such as video games, that can help them recharge.”

In his article, ‘Searching for Affective and Cognitive Restoration: Examining the Restorative Effects of Casual Video Game Play’, Rupp concluded, “Playing a casual video game even briefly can restore individuals’ affective abilities, making it a suitable activity to restore mood in response to stress. However, future research is needed to find activities capable of cognitive restoration.”

Moreover, this is not the first time video games have been observed to help manage stress. A 2010 study at Texas A&M conducted by Associate Professor Dr. Christopher J. Ferguson also showed that both men and women who play violent video games long-term, seem to have adopted mental skills to handle stress, become less depressed and get less hostile during stressful tasks.

With a sample size of 103 young adults, Ferguson gave them a frustration task and then randomized them to play no game, a non-violent game, a violent game with good versus evil theme, or a violent game in which they had to play ‘the bad guy.’ The results suggest that violent games reduce depression and hostile feelings in players through mood management. So much so, that Ferguson suggested that violent video games could possibly be even used as a form of therapy to help people find a way to “work through their frustrations” in real life.

In addition, a 2014 study at University College in London, wherein the researchers surveyed 491 subjects and found a correlation between the total number of hours spent playing games (primarily first person shooters and action games) per week, and overall recovery from work-related stress that day. Consequently, they confirmed that there’s a clear correlation between playing games and handling stress better, but also noted that there is not a proven causal relationship

All said and done, there is enough research to support the fact that video games do have a larger positive impact than a perceived negative one. Especially in the workplace, where frustrations and pressures may take a toll on people, video games now seem to be a comparatively better stress-buster bringing them back to work more engaged and relieved after a quick gaming break.