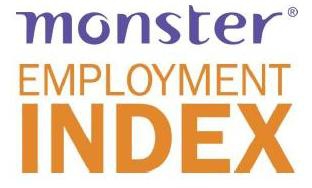 The Government/PSU/Defence sector recorded a significant growth in online hiring in November according to the Monster Employment Index.

Online recruitment activities in the month of November, this year, registered a y-o-y growth of nine per cent, according to the Monster Employment Index. The Government/PSU/Defence sector (up 41 per cent) recorded a significant growth in online hiring in November. With the ongoing recruitment season in colleges and re-entry of the PSUs for direct recruitment from top engineering colleges, online recruitment in this sector has witnessed a surge.

In the month of November, the education sector (up 58 per cent) led all monitored industry sectors and has sustained strong growth figures for the past seven months. Owing to the digitisation in the sector, the industry has shown remarkable growth figures in the past few months.

Among industries, production and manufacturing has shown the steepest decline (down 18 per cent) while the IT sector (up 20 per cent) declined by one point since October. These two key mass recruiting industries continue to show bearish growth owing to depressed private investment climate and global economic and political occurrences.

Talking about the trends, Sanjay Modi, managing director, Monster.com, APAC & Middle-East said, “The month of November marks the beginning of the placement season in many top-notch Indian engineering colleges. This is, therefore, reflected in the increased online hiring activities in the PSU sector, which hires the crème de la crème of these colleges in significant numbers.”

“However, growth in the production and manufacturing sector further declined owing to the overnight announcement of demonetisation causing notable problems for manufacturers. The IT industry is undergoing a phase of disruption and has witnessed diminishing growth figures in the past couple of months. Hence, upskilling in the sector cannot be overlooked and will become an integral part for a long growth,” he added.

City-wise data shows metros taking a lead, with Kolkata showing the steepest growth (up 24 per cent) closely followed by Ahmedabad (up 21 per cent). Among the tier-II towns, Coimbatore (up 17 per cent) and Chandigarh (up 13 per cent) have shown significant growth figures.

“As opposed to last few months, where tier-II markets outperformed the metros; the metros have performed significantly well with Kolkata being in the lead (up 24 per cent), while Delhi and Ahmedabad are up by 18 per cent and 21 per cent respectively,” Modi said.

Notably, as per the index, the Government/ PSU/ Defence sector has recorded a 43 per cent growth in hiring in the past six months between May 2016 and November, 2016. While BPO/ITES witnessed the steepest month-on-month decline among all industry sectors, as well as in the series; down by 23 per cent. E-recruitment activity in advertising, market research and public relations (PR) exceeded the year-ago level following negative growth rates, since July 2016; up by three per cent. A positive month-on-month (up six per cent) and three-month (up eight per cent) growth reflects improved demand in the sector more recently. Online hiring in the sector, nevertheless, continues to be lower than the six-month level by 16 per cent.

E-commerce continued to chart a sluggish growth trend as well. The sector witnessed further moderation in pace of growth year-on-year; up by six per cent. There has been a drop in the monthly hiring activity by three per cent. At the same time, online recruitment in the sector slipped below the three-month and six-month level by four per cent each.

Among the professions, customer service (up 45 per cent) led all occupation groups by way of long-term growth even in November, 2016, but at a significantly moderated pace. Health Care professionals also saw the most notable improvement in the year-on-year growth momentum; up from 10 per cent in October to 22 per cent in November. Rest of the professions, such as finance and accounts, hospitality and travel, art or creative and even senior management saw a decline in demand.