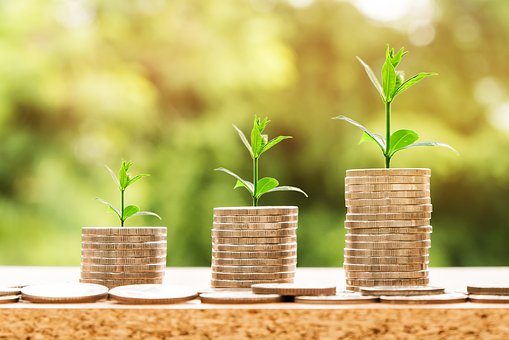 The salary forecast for 2019 by Korn Ferry, global organisational consulting company, reveals that salaries in India will go up by 10 per cent this year, which is one per cent more than 2018. Inflation-adjusted real-wage increases are expected to be five per cent this year compared to 4.7 per cent in 2018.

The Korn Ferry 2019 Global Salary Forecast predicts real-wage salaries across the world on the basis of Korn Ferry’s pay database containing data for over 20 million job holders in 25,000 organisations across over 110 countries. It reveals the salary increases as predicted by global HR departments and compares them to the previous year’s forecasts at the same time. It also compares them to the inflation forecasts from the Economist Intelligence Unit.

According to Navnit Singh, chairman & regional managing director, Korn Ferry India, “Consequent to rapid economic growth, India continues to enjoy the highest overall salary increases and real-wage growth in Asia. While inflation indices are a solid benchmark for reviewing market trends in pay, we recommend that companies take a broader perspective to define their business strategy and cost drivers in view of increasing automation, use of new technology and the rising demand for skilled workers. Compensation programmes need to be regularly reviewed to make sure they align with changing business and market conditions.”

In the Middle East, wages are expected to increase by 3.6 per cent, compared to 3.8 percent last year. Inflation-adjusted wage increases are predicted to be 0.4 percent, compared to 0.9 percent last year and 2.5 percent the year before. Overall, in the UAE, with an inflation rate of 3.2 per cent and pay increases of 3.9 per cent, things seem to be brightening. Real wages are set to rise by 0.7 per cent. In 2018 the real wages were predicted to fall by -0.5 per cent.

The lowest real salary increase is seen in the Pacific. Wages are forecast to grow by 2.5 per cent, and adjusted for inflation, the rise in real wages is expected to be 0.3 per cent. Australia will see a 2.5 per cent top-line growth, a 2.3 per cent inflation rate, and a 0.2 per cent real-wage increase.

Wages will increase by 2.5 per cent in the UK. Combined with a 1.9 per cent inflation rate, real wages are expected to increase by 0.6 per cent. This is up more than a percentage point from 2018, when wages were predicted to decrease by -0.5 per cent. Employees in two of Europe’s largest economies, France and Germany, are expected to witness real-wage rises of 0.5 percent and 1.0 percent respectively.

Although top-line salaries will increase by 7.7 per cent in Africa, high inflation means the real increase is predicted to be only 0.9 per cent. In Egypt, salaries are expected to increase by 15 percent, but a 14.4 percent inflation rate means employees will only see a 0.6 percent real-wage increase.

Employees in Latin America can expect a 4.6 per cent increae in wages. Taking inflation into account, the real-wage increase will be about 1.3 per cent— a fall from 2.1 per cent real-wage growth predictions in 2018.

In North America, the average salary growth is predicted to be 2.8 percent in 2019, and when adjusted for inflation, the real-wage growth is expected to be 0.6 percent.

Globally, real-wage salaries are expected to grow only an average of 1.0 percent in 2019, which is lower than the 1.5 per cent that was predicted for 2018.

“With inflation rising in most parts of the world, we’re seeing a cut in real-wage increases across the globe,” said Bob Wesselkamper, Korn Ferry global head of rewards and benefits solutions. “The percentage of salary increase or decrease will vary by role, industry, country and region, but one thing is clear, on average, employees are not seeing the same real pay growth they did even one year ago.”