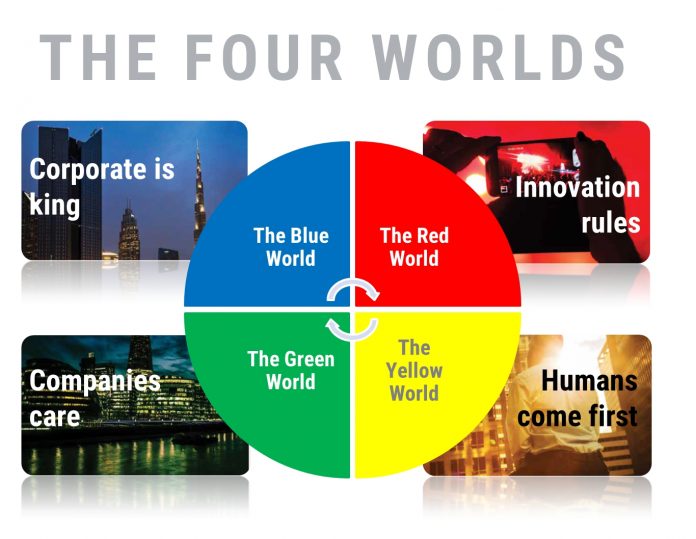 PwC’s survey of 10,000 people in China, India, Germany, the UK and the US provides insights into how people think the workplace will evolve and affect their employment prospects and future working lives.

Change is inevitable. It has always been so. The latest change has taken place in the very pace of change, which has accelerated. Never before in the history of mankind, has the world changed so fast and so rapidly.

We are now just contemplating and speculating on what the future holds for us.  Many of the roles, skills and job titles of tomorrow are unknown to us today. In such a scenario, how do we prepare ourselves for the future? Will machines take over completely or will talent still rule the roost?

PwC surveyed 10,000 people in China, India, Germany, the UK and the US. The study has given us insights into how people think the workplace will evolve, and how this will affect their employment prospects and future working lives.

With so many complex forces at play, linear predictions are too simplistic. Businesses, governments and individuals will need to be prepared for a number of possible, even seemingly unlikely, outcomes. How the leadership and the government act today will shape the future workplace.

The megatrends that have emerged from this survey are how the society and the world of work will be reshaped with tremendous forces. There will be economic shifts, redistribution of power, wealth, competition and opportunity around the globe. The disruptive innovations, radical thinking, new business models and resource scarcity will impact every sector.

Demographic shifts
Longer life span will affect business models, talent ambitions and pension costs. Older workers will need to learn new skills and work for longer. ‘Re-tooling’ will become the norm. The shortage of a human workforce in a number of rapidly-ageing economies will drive the need for automation and productivity enhancements.

Rapid urbanisation
Cities will become important agents for job creation. Many of the largest cities already have GDPs larger than mid-size countries. By 2030, the UN projects that 4.9 billion people will be urban dwellers and, by 2050, the world’s urban population will have increased by some 72 per cent.

Shifts in global economic power
The rapidly developing nations—particularly those with a large working-age population, that embrace a business ethos, attract investment and improve their education system— will gain the most. Emerging nations will face the biggest challenge as technology increases the gulf with the developed world; unemployment and migration will continue to be rampant without significant, sustained investment. The erosion of the middle class, wealth disparity and job losses due to large-scale automation will increase the risk of social unrest in developed countries.

Resource scarcity and climate change
Demand for energy and water is forecast to increase by as much as 50 per cent and 40 per cent, respectively by 2030. New types of jobs in alternative energy, new engineering processes, product design and waste management and re-use will need to be created to deal with these needs. Traditional energy industries, and the millions of people employed by them, will see a rapid restructuring.

Digital and AI will change work
AI may create a world where human abilities are amplified as machines help mankind process, analyse, and evaluate the abundance of data that creates today’s world, allowing humans to spend more time engaged in high-level thinking, creativity, and decision-making.

Red World
This world will be driven by innovation, specialists and niche profit makers, who will serve the needs of individuals and powerful affinity groups.

New products and business models will be developed at lightning speed, far more quickly than regulators can control. In fact, any decision-making process or hierarchy that delays innovation will be considered a barrier to success.

Here, performance is all about the end result rather than the process.

HR in the Red World will not exist as a separate function. Entrepreneurial leaders will rely on outsourced services and automation for people processes. Larger organisations will scour the world to ‘acqui-hire’ talent and intellectual property, using specialist talent strategists in combination with AI to identify the specialists they want.

Blue World
The Blue World will be completely driven by talent and will be crucial in protecting profit margins. Talent will be so important that employees across levels will do their best to enhance their own career development and try to hone their skills through cognition-enhancing drugs.

Companies will also try to maximise human efforts through use of sophisticated physical and medical enhancement techniques and equipment. A workers’ performance and wellbeing will be measured, monitored and analysed at every step and a new breed of elite super workers is expected to emerge. There could even be a situation where the world’s biggest employer agrees to unique ‘borderless’ working for its employees across its six biggest markets in a ground-breaking tax deal with their governments.

As far as the role of HR is concerned, the chief people officer (CPO) will be a powerful and influential figure—sometimes known as the ‘head of people and productivity’—and will sit  on the board.

Green World
This is the most ideal workplace, where corporate responsibility will not just be a nice-to-have initiative, but will become a business imperative. Technology will be used extensively, but to replace the need for travel, driving rapid innovation in communication technology.

In this world, the CEO will drive the people strategy for organisations with the belief that the people, their behaviours and their role in society will have a direct link to the organisation’s success or failure.

The HR function, in this world, will be renamed ‘people and society’ and embrace a broad mix of HR, marketing, corporate social responsibility and data analytics.

Here, workers and businesses reciprocate to each other. Workers will choose companies based on their values and seek organisations they admire. They will reflect the values of their employers – both at work and at home through— ‘organisational pledges’.

Yellow World
Here, humans come first. For instance, a taxi company will have to add the option of human drivers to its app, or a manufacturing company will mention that that no machines were involved in production. That will become the brand diffrentiator and give it a premium quotient.

HR will rarely exist  as a separate function in this world, as organisations will rely on outsourced services, specialist suppliers and automation for people processes. Digital platforms will create mobility and help match workers with employers, and skills and attributes with demand.

Performance in this world will not only be about delivering an organisational goal but also, importantly, about employees’ behaviours and societal impact.

None of us can know with any certainty what the world will look like in 2030, but it’s very likely that facets of the Four Worlds will feature in some way and at some time. Some sectors and individuals are already displaying elements of the Blue and Green Worlds; the Yellow and Red Worlds are more radical, but no less plausible.

What it takes to get an equitable workforce: Accenture