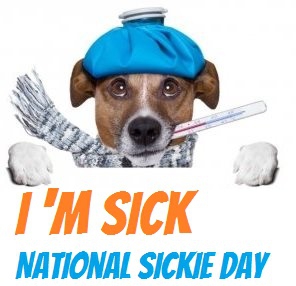 The National Sickie Day falls on the first Monday of February every year and is infamous for the large number of people who call in sick and absent themselves from work.

While workers across the globe can call in sick at any time, in UK there is a specific time of the year when most people opt to make that dreaded call to their boss. After noticing a rising trend in people asking for the first Monday in February off, employment law firm ELAS dubbed it the ‘National Sickie Day’ seven years ago.

A combination of the miserable weather and a probable outbreak of flu and colds makes it the most popular day of the year to call in ill.

So, the National Sickie Day falls on the first Monday of February every year, which was yesterday this year, and is infamous for the large number of people who phone in to work saying they are too ill to report for duty.

According to employment law and absence management specialists, ELAS, National Sickie Day still has the highest overall percentage of absenteism, and based on that, it had predicted that over 349,360 people will call in sick this year costing the UK economy £4,450,846.

Such absences cause serious problems for many employers, especially for those who often rely on small teams to manage a heavy workload.

Even one or two people off from work can mean half or all of the workforce off for a small firm. One can’t even imagine how some of the big companies will be able to function with that level of absenteism.

While most absentees call in sick for genuine reasons, there are a handful who try to bend the rules. Employees have been known to cite various weird excuses for not being able to make it to work. Some of the wackiest ones that have been stated by employees so far, according to ELAS are that:

This startup makes its employees sign a ‘No- Gossip’ agreement

Why Scandinavians have the happiest work culture