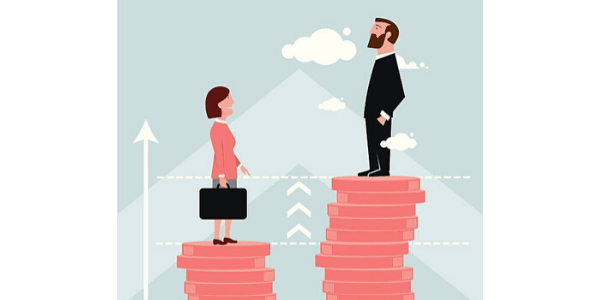 Gender bias, at both conscious and unconscious levels, is still very much alive in the corporate world. Women continue to be overlooked by employers, who tend to view men as being more competent. This trend is reflected in the roles being offered to women, particularly in their salaries, which are a lot less as compared to men. In fact, more often than not, women are paid less than men for the same work!

Many believe that the main reason that organisations discriminate between the two genders is due to the choices women make in their careers. These choices are made either out of guilt or obligation.

Sharing a similar opinion, Ashish Anand, CHRO, SAR Group, says, “When women are about to start a family, psychologically, — whether it is guilt or a sense of obligation — they are influenced or held back by the shackles of the society. When opportunities knock on their door, these decisions which are mostly driven by society, push them to opt out of their career paths.”

Discrimination, particularly around pregnancy and maternity leave, remains common, with millions of women being forced to leave their jobs every year, following motherhood.

“Women are expected to play a greater role in caring for children, as well as for sick or elderly relatives. As a result, more women work part time, and these jobs typically attract less pay and fewer progression opportunities,” says Unmesh Pawar, CHRO, KPMG.

“It is about making that change at the grassroots level, and it should begin with a change in the mindset first

“Although the organisation will not object to the maternity leaves, the performance and rating will be considered average, for obvious reasons. Therefore, when a woman ends up making those choices, there is an obvious impact on her performance and compensation,” Pawar adds.

Also, there is a mindset that women are incapable of performing jobs that demand physical labour. Disagreeing with this notion, Anand opines, “Sometimes, it is the biases that make people think that women cannot or will not take up such roles. Simultaneously, these biases also exist in the minds of the hiring managers.”

But the reality is different, Anand continues — “A majority of the workers in the construction companies are women. So, sometimes, it’s either they choose not to do it and the rest are biased.”

According to SV Nathan, CHRO, Deloitte, there are a few travelling jobs which women traditionally refrain from taking up. “And if you happen to find the odd woman in a travelling job, you will also see a significant pay gap. It doesn’t happen intentionally but due to the flux of time and availability of talent,” he adds.

Men in the most senior roles – Why?

As per reports, men account for the majority of those in the highest paid and senior-most roles. Participation of women for senior roles is less.

According to Bikram S Nayak, head-HR, L&T Nxt, it is because of the unavailability of talented women for such roles. “The salary of a male and female leader is the same. It is just that they are less in number,” he explains.

The reason for less participation, Nayak feels, is the lack of continuity. “In nuclear families, the entire responsibility is on the mother which is why there is a discontinuity in their career journey. When high-performing women employees opt for sabbatical leave, they usually never come back to the office,” he points out.

“Remote working has been a blessing in disguise. Post COVID, more women will be able to work part time and enjoy the flexibility to work at their own discretion

In Nathan’s words, “For senior management roles, it becomes even more difficult for women as there is no pipeline. We haven’t created a pipeline over the past few years and this factor has also added to the pay parity problems.”

Anuranjita Kumar, former HR leader & partner, IndusCap Ventures however, shares a different opinion. Not only does she blame men for their stereotypical mindset, but also thinks that women, at some point, are unable to take a stand for their career paths.

“Society has always perceived women as the sole caretakers. If a boss thinks that after having entered motherhood, a woman will not be able to contribute dedicatedly, then the mindset runs in his household,” she asserts.

Secondly, she continues, “Women are also groomed to think that their earnings are secondary and they cannot be the bread earners for the family. Unless women do not experience that pressure, they will not take their careers seriously.

Kumar considers this as the aspirational gap, where women are ‘okay’ with considering their careers as secondary and being on the sidelines, and then the organisation is at no fault.

Can these reasons vanish?

Nathan thinks that since remote working is the ‘new normal’, it will certainly change a few of these stigmas. People will soon realise whether there is an actual or a perceived difference in the performances.

When a woman returns to work after maternity leave, the precious time in between is lost. Remote working will help them stay connected to the firm, get trained and discover their talents

“When a woman returns to work after maternity leave, the precious time in between is lost. Remote working will help them stay connected to the firm, get trained and discover their talents. People have started believing in the art of possibility, and as the new normal has taught them to work effectively, the gender pay gap will be bridged soon,” he says hopefully.

In Nayak’s words, “Remote working has been a blessing in disguise. Post COVID, more women will be able to work part time and enjoy the flexibility to work at their own discretion. There will be support from the family as well,” Nayak adds.

As organisations will be more open to women working part time, the chances of pay parity are more for leaders, such as Anand, who think that operating from elsewhere will not be a problem anymore. Organisations have realised that productivity management is possible remotely as well.

Earlier, women were apologetic about working from home.  Pawar believes that this stigma will vanish after the lockdown. “There will be a shift in the mindset due to the sudden rise in the remote working culture,” he adds.

The lockdown has certainly opened several doors for productivity. Organisations are also suddenly opening up to more flexibility for their women employees.

According to Pawar, it is time for organisations to make a conscious effort to bridge the gender pay gap. Flexible work hours will reduce several challenges and the impact on performance and rating will also be different.

However, flexibility has different definitions for different people.

For Kumar, flexibility doesn’t mean working any less. Being a leader herself, Kumar doesn’t regard flexibility to be the main reason behind pay disparity. She believes that it is the choice and the mindset of women that need to change.

Sometimes, it is the biases that make people think that women cannot or will not take up such roles. Simultaneously, these biases also exist in the minds of the hiring managers

“The targets of and the expectations from your leaders are going to remain the same. So, unless the women of our country decide to give equal importance to their careers and motherhood, the stigma is going to remain,” enunciates Kumar.

In fact, Kumar also strongly believes that, even when companies offer flexible working hours, a lot of women just don’t wish to come back. “There is surely an aspirational gap when it comes to women wanting to become the leaders of a firm,” she reveals.

Unless we deal with the system itself in this male-dominated world, as Kumar rightly points out, the gender pay gap is not necessarily going to change anytime soon. Cultural changes do not happen overnight. We have to go beyond the programmes and policies.

“It is about making that change at the grassroots level, and it should begin with a change in the mindset first,” she concludes.

How different sets of employees may react on proposed cut in...