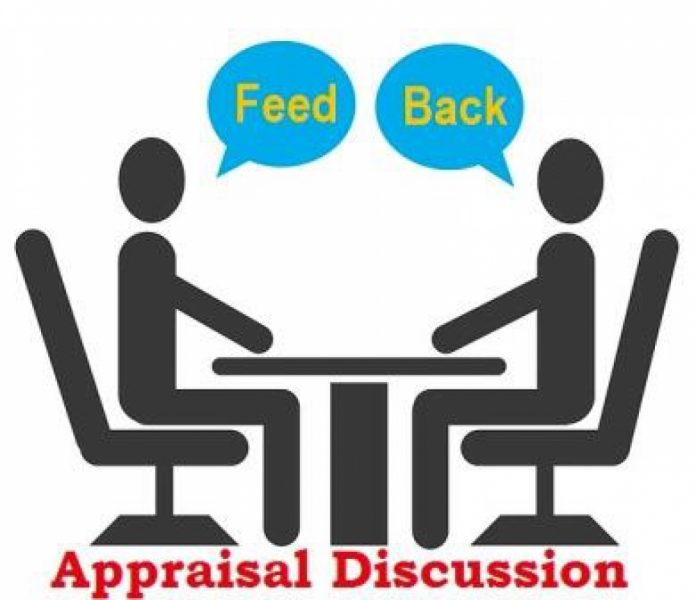 Appraisals are a tricky thing, with employees expecting bosses to deliver what they’ve been promising, and managers dealing with unfulfilled expectations

It is that time of the year again for most organisations when employees are apprehensive of whether they will receive the desired returns for the efforts they have put in over the year, and employers are busy mulling how to convey the right message without having to turn off some people in the process. It is that time of the year when the trust employees place in their bosses and the organisation, is put to test. Appraisals are tricky for both employees and their managers. While employees expect the bosses to deliver what they’ve been promising, the managers have to deal with the unfulfilled expectations of their employees.

Conversations around performance should go on throughout the year and not just come as a surprise to the employee at the end of the year. A formal setting is better, but even if in an informal way, the continuity of these conversations is important.

Ideally, these discomforting conversations should not even arise, if appraisals are treated the way they should be. When it comes to real appraisal discussions between employees and line managers, the reality employees perceive is far from the utopian picture of a fair and value-driven organisation, as presented by the human resources teams.

Dialogues of the month

and the big one…

“Maine tere liye bohot fight kiya”Kamlesh Dangi, group president human resources, ?UTI Mutual Funds feels that it is extremely unfortunate that most people look at appraisals as an event than an ongoing process. “Conversations around performance should go on throughout the year and not just come as a surprise to the employee at the end of the year. A formal setting is better, but even if in an informal way, the continuity of these conversations is important,” he says.

In line with the thought, Prem Singh, president, global human resources, Wockhardt says, “80 per cent of the issues and drawbacks in appraisals are owing to the fact that the focus is more on the appraisal conversation rather than being on the actual goal-setting process.” He strongly believes and suggests that organisations give more prominence to goal setting than to appraisals. Goal setting is the starting point, wherein goals should be well defined, outcome driven with an inbuilt stretch, coupled with quarterly feedback discussions.

80 per cent of the issues and drawbacks in appraisals are owing to the fact that the focus is more on the appraisal conversation rather than being on the actual goal-setting process. Organisations give more prominence to goal setting than to appraisals.

From the employees’ perspective, it is important for them to keep track of their own individual performance. Dangi suggests that employees should be able to gauge the non-verbal signals throughout the year. For instance, not getting to be part of critical projects on which business success or performance of the boss depends, means that they are being seen as not performing up to the mark. Also, the level of engagement or how they are showcased in front of their seniors, are other cues that they need to watch out for.

Singh feels that appraisals are mostly skewed towards the manager. However, in reality, those getting appraised should realise it is their primary responsibility to drive their own performance and the manager only plays a secondary role in supporting the same. “Employees need to be proactive in identifying and defining their tasks, take ownership of their performance, stay focussed and seek feedback and support from superiors, when required,” he opines.

In addition to these thoughts, based on HRKatha’s interviews with Dangi and Singh, here are a few dos and don’ts for both managers and employees with regard to appraisals.

Dos for employees
– Keep a track of all your achievements and failures, if any. Being data backed with everything that has worked and hasn’t in the year gone by, helps to have a meaningful conversation. It also helps managers take a more informed decision on your performance.
– Document all of it in bullet points and explain in detail during the discussion. Essays can turn off a manager who may have to take up several other appraisal discussions.
– Be open during the conversation and treat it as a mutual learning process.
– Appreciate the fact that your boss has multiple times more responsibilities than you currently handle, and therefore, his perspective of looking at things may be different than yours.
– Focus on partnering with your boss. Let her/him contribute to your success by actively seeking support and guidance.

Don’ts for employees
– Do not play the blame game. Use facts to justify your stance or accept any feedback as learning for the future.
– Don’t be defensive or fixated on your own perspective or your boss may even refrain from sharing genuine feedback going forward.
– Don’t get carried away or be driven by one exceptional performance during an appraisal conversation, as the bosses prefer to look at your overall success.
– Don’t externalise any feedback. Instead, take ownership.

Dos for managers
– Goal-setting should be a bigger focus than the appraisal discussions that follow. Define sharp, smart and outcome-driven goals.
– Ensure objectivity and fairness in the process.
– Plan the whole process and the end conversation well, as employee motivation and future performance depends on it.
– Listen more than you talk and make data-backed decisions. A bad rating that’s data and logic backed may still turn off an employee, but will be justified and fair as compared to a dictatorial decision.
– Keep the organisational context in mind and reward accordingly. For instance, if an organisation has a socialist culture, the rewards may well be fairly distributed among people of various performance levels. However, in a capitalist culture, people who do well get rewarded accordingly, while below-average performers do not get rewarded at all.

Don’ts for managers
– Don’t be judgemental or personal, and don’t be disrespectful to anyone irrespective of how junior they may be.
– Don’t make it an investigative process. Keep it open and transparent.
– Never skip appraisal conversations with the high performers thinking they’re all fine without it. It’s even more important to have the discussion with them to keep them motivated and encouraged to sustain their performance.
– Appraisal conversations and year-long conversations are different–do not mix them up. Wear the hat of a coach during the year-long conversations and that of a judge during the appraisal conversations. Don’t be a judge throughout the year and threaten the employee of a bad appraisal.
– Don’t pass on the blame for a low rating to the management or HR, saying that you had given a better rating but the seniors chopped it off. It will never be accepted as the truth. Take ownership of what you convey to the employee and justify it as logically as possible.