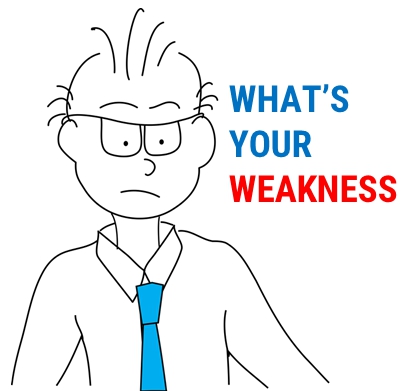 Weaknesses are contextual. So, why do recruiters still ask this futile question?

Imagine a situation: an ace batsman is being interviewed by the cricket selection committee and he is asked this tricky question – “What’s your weakness?”.

What will he answer?

Will the selection committee reject him just because he isn’t a good bowler or will he get selected solely on his batting skills?

The selection in any sports is primarily based on the sportsperson’s strength.

So, why is it that in a normal job interview, the candidate is asked to reveal his weakness?

Although absurd, the fact is that this is still a widely followed practice.

Says Ravi Mishra, regional HR head, South Asia and Middle East, Birla Carbon, “It is indeed foolish to directly ask a candidate about his /her weaknesses.”

What’s the intention of the recruiters when they put forward the question to a job-seeker? Do they really want to find the candidates weaknesses? Do they expect an honest answer?

Mishra adds, “No one really likes to share their weaknesses upfront. Rather a recruiter should be capable enough of judging the same through an interview process.”

“Recruiters can ask a candidate to share past situations or challenges where they felt helpless or something that they would like to improve upon or do better at, given a chance.”

So what should a recruiter do? How will the recruiters find the weaknesses if they do not ask?

Says Desai, “Recruiters can ask a candidate to share past situations or challenges where they felt helpless or something that they would like to improve upon or do better at, given a chance.”

Frankly, weaknesses are contextual, which means that someone’s weakness may not really be a weakness at all for the particular role, and hence the question seems futile.

For instance, if a graphic designer says he/she is not good in written communication, or a software programmer says his/her public speaking skills are weak, should these go against them?

Till the time these skill deficiencies do not interfere with the core job function, the recruiter shouldn’t bother. Besides, a good diverse team will seek people with all skillsets, personalities and attitudes.

“No one really likes to share their weaknesses upfront. Rather a recruiter should be capable enough of judging the same through an interview process.”

Ravi MishraLet’s say, for instance, a candidate is exceptional as a solo performer but has some drawbacks in terms of being a good team player or a manager in the long run. A good recruiter will try to find the positives as a complete and efficient team will need both the solo performer as well as the manager.

According to Mishra, “Recruiters should focus on a candidate’s skill sets and let them share their strengths in detail.”

This is where the methodology of ‘appreciative inquiry’ comes into play. The process identifies the positives in the candidate and focuses more on them.

Let’s assume that despite everything, the recruiter throws this tricky one before the candidates. How should they handle it?

Should they avoid, dodge the question, camouflage with a strength, give a vague answer or just be candid about it?

Many job-seekers do make the mistake of creating a sob-story and share a personality disorder.

Experts believe that this should be avoided as the person sitting on the other side is there to evaluate him/her and is not a counselor or a therapist.

However, as Desai puts it, “It is best to be honest and upfront rather than trying to camouflage something as that may only prove harmful in the long run in case one gets selected for the job.”

One should also be mindful of the fact that during an interview, a relationship is being built and both the parties should respect each other.

Besides, no one is 100 per cent fit and a single flaw should not minimize the probability of bagging the job, unless it’s a blatant one.

From ‘survive’ to ‘thrive’ – How to transform organisational outlook