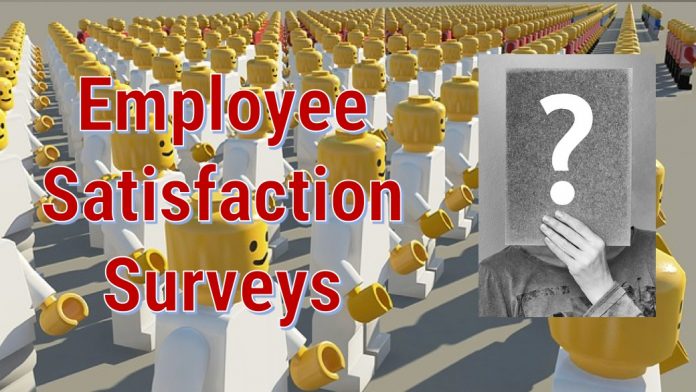 Do organisations have efficient employee satisfaction surveys (ESS) that assess and bring out factual results about employee happiness in the workplace or is it just another tick-in-the-box?

Employee engagement is the buzzword these days – one that organisations love to boast about. Winning the best employer award and ranking better as an employer brand on the online social professional networks is every organisation’s ambition. However, in the race to becoming the best, it is likely that organisations miss out on gauging the pulse of the people and their experience within the organisation.

Do organisations have efficient employee satisfaction surveys (ESS) that assess and bring out factual results about employee happiness in the workplace, or is it just another tick-in-the-box activity that enables organisations to beat their own drums?

A senior HR professional from the banking industry is of the view that the competition to appear as a good organisation, kills the essence of these surveys. He says, “If a company is listed in the various best employers list, it does not necessarily mean that people in the organisation are all happy and satisfied.”

Most of the organisations outsource their ESS to third-party vendors, while earlier it was the job of the HR leaders to ensure and assess the employees’ pulse in the company. “With the change of guard, it has become more of a commercial activity now,” the senior HR professional says. He shares an anecdote of a company that had two different vendors conduct a survey and both showed extremely contradictory results.

If a company is listed in the various best employers list, it does not necessarily mean that people in the organisation are all happy and satisfied.

One of the vendors for that company was also coincidentally providing training intervention support along with the ESS and displayed positive employee satisfaction scores consistently for two years, until a new HR manager joined and insisted on bringing in a new vendor for the ESS. When the new vendor conducted the survey, surprisingly, the employees had some negative feedback about certain aspects that were never revealed in the past surveys.

“Whether this was due to the process being followed for the surveys, the manner in which they were carried out or the kind of questions asked – the company struggled to figure out the reason behind the huge discrepancy in the two surveys,” the senior HR professional shares. That said, in such situations, the purpose and authenticity of the survey falls under the lens of suspicion.

Unless you customise the surveys to the organisational and cultural context, aligning it with employee ambitions and organisational goals, the ESS will remain ineffective.

Also, the way a survey is designed and executed makes a huge difference in the results it fetches. Posing the same questions over and over again, and to the entire workforce across the organisation, may not reveal any real insights about employee satisfaction levels.

Sanchayan Paul, head of rewards and organization effectiveness, Vodafone India, says that the standard surveys with off-the-shelf questions are no use. “Unless you customise the surveys to the organisational and cultural context, aligning it with employee ambitions and organisational goals, the ESS will remain ineffective,” he explains.

He further explains that asking the same set of questions to everyone is one of the biggest flaws in most surveys. It is important to customise the surveys according to various levels, lifestyle/life-stage or career stage of employees. For instance, he shares that a millennial bachelor, a mid-career returning mother, a first-time parent, a newly wed or someone nearing retirement, will all have different ambitions or priorities in life and will interpret things differently. Hence, asking them the same set of standard questions may not really reveal how they feel in the organisation.

The purpose of the ESS is organisational health assessment and not ensuring that the organisation stands ahead in the competition for being the top employer.

Paul suggests that the surveys should allow free text such that people can express their views in an open format rather than sticking to the questions asked therein. Furthermore, it is important that organisations have strong action planning post the survey results. He says, “Detailed meetings on action planning, supplemented by focused group discussions, interactions and interviews with ex-employees could make the surveys richer and more insightful, further enhancing the genuineness and intent of the survey.”

Makarand Khatavkar, group head-human resources, Kotak Mahindra Bank, is also of the view that these surveys should not be seen as a one-in-all solution for checking the employee morale. It is just one of the instruments for seeking employee feedback and should be accompanied with manager–team interactions that are open and up close. “The purpose of the ESS is organisational health assessment and not ensuring that the organisation stands ahead in the competition for being the top employer,” he concurs.

For instance, he shares that a doctor assesses his patients, diagnoses problem areas and prescribes a treatment but never judges the patient for being unfit or unwell and does not put the patients in a fitness competition. Similarly, even the role of the employee satisfaction surveys — irrespective of whether they are run internally or by a vendor — is to assess the organisational sentiment and suggest corrective actions, if need be.

How ‘Quiet Quitting’ can harm you

How Reliance, HPE, Newgen & Zivame trained their managers to...