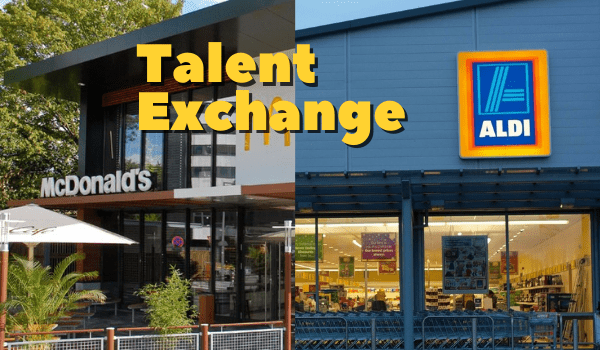 The pandemic has been both devastating and disruptive. On the flip side, it has also taught a few right lessons. It has forced people and organisations to think and reinvent, and do whatever is possible to survive.

Yes, survival is the key and organisations across the globe have done the best to survive and also save their biggest asset – their people.

Many companies have tried and executed out-of-the-box ideas, which were totally unthinkable in normal times. The moment a company managed to repurpose itself from just profits, the difference was made.

The pandemic has necessitated partnerships and alliances between unrelated companies that were earlier talent rivals.

One can call it talent exchange, but the idea was completely born out of the pandemic.

In fact, four large global companies – Accenture, Lincoln Financial Group, ServiceNow and Verizon – came together to launch an analytics-driven platform that allows companies with at least 100 roles across levels and industries – those being eliminated as well as those that are open – to share information. This was built by Accenture in 14 working days flat, during the lockdown!

Here are some companies which joined hands to counter job losses by redeploying talent:

In Germany, two companies, McDonald’s and Aldi, proved through innovative thinking and approach, that it was possible to coexist during turbulent times. It’s a known fact that the restaurant business is one of the most affected sectors during the pandemic. For the first few months, the shutters were down. Even when the outlets were allowed to reopen, the footfalls were unprecedentedly low.

As a consequence, there have been huge job losses and layoffs. The quick-service-restaurant was, however, able to save its people and the jobs through some innovative thinking and approach.

It so happened that during the lockdown and the pandemic, McDonald’s was almost on the verge of layoffs. At the same time, Aldi, a German grocery chain, was facing workforce shortage. It was not a simple case of the failure of one turning out to be an opportunity or a stepping stone for another. Rather, it was a win-win situation for all.

McDonald’s did not want to lose its valuable people, but at the same time, it was not in a position to sustain them either. This is when the two companies McDonald’s and Aldi entered into an agreement, wherein the former’s staff would work for the latter’s grocery chain on a voluntary basis. The deployment of McDonald’s employees at two of its stores – Aldi Sud and Aldi Nord – created temporary employment for them, and also saved their jobs. The McDonald’s employees are free to return to their parent company once the situation returns to normal. This way, McDonald’s was able to avoid laying off its employees and Aldi managed to fulfil its immediate requirement for talent.

The other sector that was badly affected due to the pandemic was the airlines. No one ever thought that the sky would be free of airplanes even for a day. However, as the world closed down, flights were suspended and airplanes grounded.

The loss of business also put a stop on people’s careers, and layoffs and salary-cuts became rampant across airlines. However, one airline managed to bail itself out of this situation through innovative thinking and approach.

Singapore Airlines deployed its furloughed employees as care ambassadors at low-risk hospital wards. The crew helped provide basic care, nutritional care and patient- service management given that they were already trained in crisis management and first aid. This deployment not just provided temporary jobs to the cabin crew, it also allowed the local authorities and the hospitals to fight the disease with the extra resources.

What is more — the employees will no doubt be glad for the opportunity and experience. They are bound to value their employer even more and will come back with immense pride and satisfaction.

American food-service distributor, US Foods, adopted a similar strategy to save the jobs of its people. The Company was experiencing the worst times due to a dramatic fall in demand during the pandemic. As a consequence, it was forced to think of layoffs. It then worked on a plan and entered into a partnership with grocery stores, which were facing shortage of warehouse talent, due to the spike in demand for groceries. US Foods’ warehouse workers now work in the distribution centres of the grocery stores.

The pandemic has reminded organisations that human capital assets are the biggest contributors to a company’s market value. As per the World Economic Forum (WEF), it is around 52 per cent on an average. Therefore, it is important for companies to save their people assets today, for a better tomorrow.