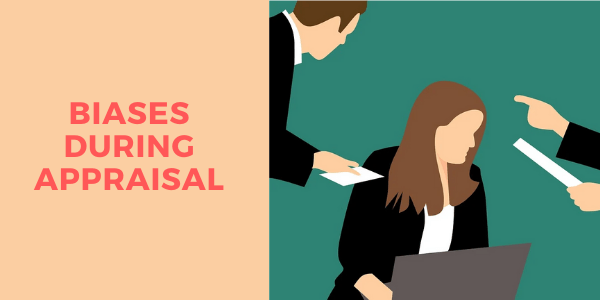 When completing performance reviews, psychologists and researchers alike agree that managers naturally exhibit bias in the ratings. To be fair and objective, a performance evaluation must be based on the employee’s job-related behaviour, not on the employee’s personal traits, work situation or other factors unrelated to employee performance.

Here are a few major biases, commonly experienced by many employees in an organisation.

According to Rishi Tiwari, director-HR, Hilton, “In the COVID-era, the reporting manager operates from a distance, and the team is distributed across various geographies at varied distances both physically as well as face-time. And here, we experience a form of bias coined as the ‘Solar System Bias’.”

“Often, the inability and unwillingness of appraisers is the biggest and most popular reason for the noise.”

As per this bias, the reporting managers unconsciously end up rating the abilities, skills and performance of those who are closer to them, in terms of distance, as compared to those who are farther away, with lesser face-time. The managers believe in the capabilities of team-mates closer to them than those at a distance.

Tiwari further explains, “This is somewhat like our solar system, where the planets closer to the Sun derive the maximum energy out of it. Similarly, the acts and efforts of employees who are closer to their managers are observed and judged during times of appraisal.”

To minimise the severity of this bias, organisations need to make their goals and achievements available for a secondary and tertiary appraisal, to those who may be closer to the employees, such as peers or managers of other teams, than just the reporting boss.

“An individual’s impression of another can have a substantial impact on how she/he feels about that person and her/his performance.”

There is a tendency for an individual’s recent performance/act to influence the overall performance evaluation.

Jha claims that past reputation cannot be an alibi for an annual performance. The best of people experience a bad year. The fear of dealing with the risk of handling this disappointment is a major reason why managers play soft and sustain the halo.

Many forget the year and base an annual judgment on some more near-term hits and misses. This again can be attributed to the poor training and coaching of managers. It is an unconscious prejudice that gets us to notice only those things that stick to our pre-decided Gestalt view.

“The acts and efforts of employees who are closer to their managers are observed and judged during  appraisals.”

However, real-time feedback and continuous evaluation conversations regarding progress on goals can help remove this bias. Adoption of technology to capture and document real-time manager and peer feedback can also be a great way to remove this bias.

At times, biases are based on mere perception. It is often a consequence of people having a similarity or affinity bias for certain types of people.

“Practically speaking, there hasn’t really been any perfect performance-evaluation system, and actually, there cannot be. None of us like being judged. The challenge is less about the design, which of course can always be tweaked. It is actually about the performance philosophy one chooses to practice, and more than that, the ability and willingness of managers to do it. Often, the inability and unwillingness of appraisers is the biggest and most popular reason for the noise,” states Prabir Jha, founder and CEO, Prabir Jha People Advisory.

Panihar concurs, saying, “An individual’s impression of another can have a substantial impact on how she/he feels about that person and her/his performance. Not having detailed knowledge of the results and achievements and largely centered around what you think emanates from any negative experience can not only impact your judgment about that person but also upon the overall team.”

Such biases are inherent within the human psyche. Sustained coaching, practice and feedback helps each of us uncover our blind spots. There is a need to comprehend that, because performances must be comprehensive and not just about meeting a number.

The solution to this problem is that no single manager can and should be the sole judge of a person’s performance. A group of people, irrespective of the level, must discuss and debate perspectives before signing off an organisational rating. More than the rating, the quality of feedback is the most important part of the process, not the rewards.

It is not the HR’s problem as commonly misconstrued. It is a leadership problem, which an average HR leadership has failed to confront. This is the core issue that must get strategically articulated, driven, supported and owned, as there is no band-aid available to fix it.

How to deal with ‘Zoom-call fatigue’