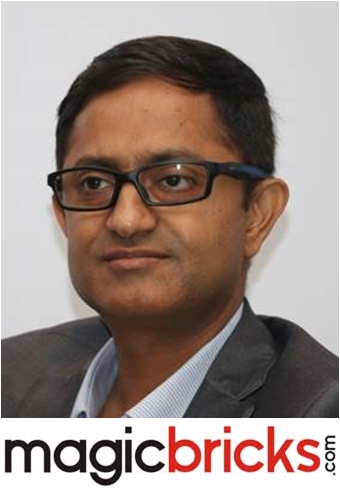 MBLA works towards igniting personal transformation among employees and inspires them to become better future leaders.

It is said that the best way to predict the future is to create it.  In today’s fast-changing marketplace, the future is not only complex but also highly unpredictable. It has thus become important for every organisation to invest in its future, both to pre-empt the future and ride the change.

Talent development and strong leadership pipelines are the foundations for a robust and sustainable organisation. In order to do this in a structured manner, Times Internet Group company Magicbricks has launched Magicbricks Leadership Academy (MBLA), a programme aimed at empowering leaders for tomorrow.

The company strongly believes in the power of its human capital and the benefits of developing it through constant learning interventions to create a better tomorrow. Uncovering the power of talent, MBLA works towards igniting personal transformation among employees and inspires them to become better future leaders, who would have a greater impact on business.

“While identifying people for the programme we look at a combination of top performers and high potentials as one cannot necessarily judge a good contributor only on the basis of performance,” Misra shares. He tells HRKatha that they select people whose performance rating is four to five, and appear in the top three quadrants of the nine-blocker matrix.

“We definitely don’t want to lose such talent and hence we need to provide them a structured and well-rounded career path as the aspirations of such people are to be able to grow upwards or take up diverse roles horizontally,” Misra says.

MBLA does that through special projects or assignments given to selected people, which gives them a holistic view of what it takes to be at the next level. The training period is six-nine months and the participants are closely monitored on the projects for the requisite behaviours. Misra shares that the programme will also sponsor higher education for competencies that may be difficult to develop internally.

“In today’s VUCA world, meritocracy has become the cornerstone of all successful business. MBLA has been created with an aim to drive meritocracy through end-to-end competency development agenda for our colleagues, both in technical as well as leadership areas,” he adds.

Designed to build the perfect foundation to nurture next generation leaders, with carefully selected talent to be a part of the programme and course modules structured to accelerate learning and development, the drive is one that takes care of all developmental needs of the organisation.

MBLA aims to drive meritocracy through end-to-end competency development agenda for our colleagues, both in technical as well as leadership areas.

With customised learning interventions, MBLA has strong in-house training facilitators across top seven cities to ensure effective learning intervention for the entire human capital. MBLA will also craft a Professional Development Plan (PDP) for the entire workforce and will publish the annual training calendar. The programmes and the action plan will be in sync with the PDP to ensure measurable business impact.

Talking of another benefit of the initiative, Misra says, “It is also a fantastic retention tool. The idea is to reduce the hiring cost and promote talent internally.” More than 50 people, supervisory level and above, have been selected so far and the programme further looks to develop talent across locations and levels.

The programme has another interesting feature that will bring together the families of the staff to help them understand more about the business. “It is important for the spouses to know where their partner spends the most part of the day and what they do. ‘Creating a winning family’ is an initiative to share that information and experience with the spouses of our employees,” Misra adds. The initiative will also offer financial or wellness counselling, along with some fun activities such as cooking competitions. The initiative will be launched in the first week of August under the MBLA.

What’s in the Pepsi-HUL ‘Career JV’?