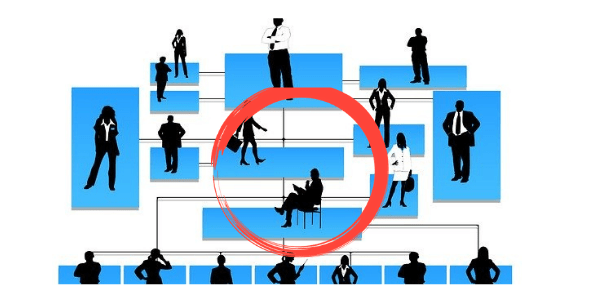 Employees become red-circled whenever their pay rate is above the maximum salary identified for the position. These workers are at the top of the compensation structure, going by their role, and can create financial problems for the organisation including affecting employee morale.

How do employees enter the red circle?

There are multiple reasons why employees may enter the red circle. It can become a frequent occurrence if the organisation does not set clear definitions of minimum and maximum compensation for each unique job family. If the job evaluation system is not upgraded periodically and the correct market price for a role is not updated, then salary overlaps can occur across roles.

Rajesh Padmanabhan, CEO, Talavvy, says, “Red circle pay or employees might emerge due to multiple reasons and are a market reality mostly due to demand supply mismatches and by virtue of premium attached to roles and/or special talent.”

At other times, the market rate for a role may drop while the employer continues to pay the previous amount to the employee. There may also be instances when an employee may be pushed to a different role, temporarily, without the pay structure being looked at.

Mostly, the workers progress to the top of the salary range through merit or seniority, without their pay being capped after a certain period. For instance, if a general manager is supposed to be promoted to assistant vice president (AVP) but the role is not vacant, she or he will continue to serve in the same position but may end up drawing a salary higher than that of a general manager or equal to that of an AVP. It may also happen that an employee may be unwilling to upgrade and move to the next role for fear of taking up more responsibility.

“Organisations should not allow inconsistencies under any circumstances. It is really a health concern when the wage differentials do not match the role differentials. Every organisation should decide on the starting and ceiling point for each unique job family.”

How does it affect the employee?

At the outset, an employee, who is red-circled, will not be able to receive any salary increases, and when that happens it may affect performance. Without any incentive to earn more, the employee will not strive to perform better. Even if the performance remains steady, they may start looking for opportunities outside the organisation.

“While communicating the situation to red-circled employees, one has to be careful not to demotivate them and create a counter-impact,” says Ravi Mishra, SVP-HR, Grasim Industries, Epoxy Business, Aditya Birla Group .

However, even finding other opportunities may pose an issue. Since the employees will have reached beyond the maximum compensation for their role, they may not find another job that pays as well. One may call this a form of ‘golden handcuffs’, because they are forced to remain with their current employer for monetary reasons.

Mishra says that sometimes intentionally overpaying employees can be a way to prevent competitors from getting their hands on good candidates, who are in demand.

Managing red-circled employees during a crisis

Red-circled employees can pose a threat to the organisation’s financial health and wreck the morale of its employees. Overpaying can be both a financial issue and a policy issue as well. Claims of inequities and unfair pay can sprout within the organisation. In times of financial crises, they can pose hazards and raise the proverbial red flags.

Adil Malia, CEO, The Firm, says, “It is necessary to constantly upgrade job evaluation systems and have a market-to-market comparison done to avoid red circle pay. Red circle pay can create frustration and emotional conflict among other employees.”

While it may be manageable for a while at a lower range, red-circle pay at senior level or upper management level, can be disastrous for a company. At higher levels, the labour cost keeps increasing until the cost structure spins out of control. That, in turn, can lead to increase in product costs, subsequently making the company unviable in its selling price or leading to a drop in profit margins.

Padmanabhan adds that in times of financial crises, these employees become the first to be flagged for corrective action and therefore corrective measures beginning with capping fixed compensation, increment brakes, increasing variabilisation in the pay mix among others will be initiated for them.

Organisations follow a few standard procedures to address such employees. The first is to put a cap on the fixed compensation after communicating the circumstances for an action. Thereon, the employee may be put off yearly increments until the salary range is adjusted according to market rates and increments.

Mishra adds that while taking corrective action, it is not enough to look within the organisation but include competitors and the entire industry, and also account for geographical variances in salaries.

“While communicating the situation to red-circled employees, one has to be careful not to demotivate them and create a counter-impact.”

The performance of the employee should be looked at more closely. If a person is delivering at the highest level, pay aberrations may be considered alright and the employee may be offered a higher role which matches the compensation. If the employee is unwilling to move to the next level, then the brakes should be applied on any further increments.

Malia advises that one should look after one’s health even when times are pleasant, an analogy he applies to organisations as well. “Organisations should not allow inconsistencies under any circumstances. It is really a health concern when the wage differentials do not match the role differentials. Every organisation should decide on the starting and ceiling point for each unique job family,” he concludes.

Why leadership should encourage failures within organisations

Are hackathons effective as a recruitment tool?