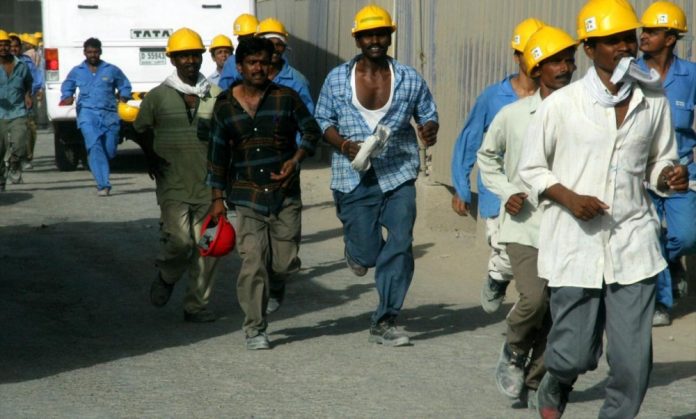 The blue-collared workers are set to receive their share of respect, acknowledgement and compensation as the company recently signed a landmark agreement with its Pune plant workers, linking wages to performance.

The blue-collared workforce or the workmen in the shop floor have always been seen as a separate entity from the other half of the workforce, that is, the white-or-grey-collared. Led by different norms, set especially by the unions in agreement with the management, the blue-collared workforce or their unions, in reality, have always been at loggerheads with the management. This is primarily due to unheeded demands, long-pending negotiations and other business calls, where the corporate managers don’t find it necessary to involve the workmen.

However, the winds have changed course and the blue-collared workers are now all set to receive their share of respect, acknowledgement and compensation. Tata Motors recently signed a landmark agreement with its Pune plant workers, wherein the factory workers agreed to a performance-linked wage structure! The agreement happened after a 19-month long negotiation with the Pune workers’ union that includes 6,400 workers. Setting a benchmark at one of its facilities, Tata Motors is now also working towards getting workers from Sanand, Lucknow and Jamshedpur factories to sign a similar agreement.

Experts across industries are in tandem with the fact that this shift in compensation structure for the blue-collared workforce will have significant benefits for organisations and workmen alike. It will bring about loyalty, a sense of ownership and integrity. These, in turn, will improve productivity and what better way than to start at the ground level?

Ravi Mishra, regional HR head-South Asia & Middle East, Birla Carbon, says, “The current performance-linked pay is 10 per cent of the salary, but it may increase in the future as workers and management will see business results. It is going to be quite beneficial for the workmen as it offers them adequate earning opportunities, further motivating them to be more productive. It will also help inculcate a culture of ownership, preventing wastage and accountability.”

Mishra further opines that if this new model works well, it will bring a great change in the industrial mindset, offering more confidence to organisations for hiring people on the rolls instead of contract labour.

This is not the first time the Tatas have done something remarkable. Mishra explains how the Tatas and the Birlas have been the trendsetters in India, in terms of people best practices. Since the time of Russi Modi, till the 1990s, TISCO, a 100-year old company had never witnessed a strike as they believed that people co-create success.

“Since this wage settlement comes from the Tatas, and has been accepted well by the unions, it will significantly influence other unions, industries and business houses as well,” Mishra adds.

Commending the benchmark move, Kamal Karanth, former MD, Kelly Services & Kelly OCG India, says, “Even in white-collar jobs, not everyone gets a variable pay, and hence, it is a landmark step. This could possibly be the answer to the productivity struggles in the country, as you’re now linking efforts to rewards.”

Truly though, as has always been the practice, which continues even today, it’s only the senior management team that has a huge variable component as part of its pay. This is because, it is believed that they are the people who take risks and are responsible for productivity and growth. However, it is not always true as success is a function of hard work that comes from across levels in an organisation. Karanth says, “This move is a more uniform risk and it is also an answer to the disparity that exists between the top and the bottom.”

In addition, it is also important for organisations to note that workers have a huge say in production, as they are the ones on the shop floor. They would know best in case there is something that’s not working well and could be a cause for potential trouble.

Mishra shares a case as he says, “Few years back, when I was in Ultratech Cement, the girth gear was making an unusual sound and no one, not even the engineers and managers, noticed it until one old workman (factory worker) who had been there for over 15 years, reported this issue and prevented a loss of over six to seven crores for the company.”

Similarly, there are instances from the past as well, where effective growth strategies and Kaizen mechanisms have been produced by the workmen, leading companies to huge business profit and success. The stake of these workmen is very high in the shop floor and hence, one cannot undermine their work and efforts. Therefore, it is critical for organisations to work with them and build confidence in them.

Going ahead, Mishra says, “Such a wage pact will further strengthen a sense of ownership, loyalty, contribution and partnership in the business.”

Not only in the manufacturing industry, Karanth believes that if more industries are able to do the same, it will be great. “For instance in the service industry, incentivising people at the bottom of the pyramid will do two things — one, it will hedge the risk dependency on the top management and two, it will ensure that the mid and bottom level get ownership; the customer service and end productivity will be better,” he says.

Commenting on the working of public-sector organisations, such as the transport corporations and housing-development authorities, which currently churn out very poor service, Karanth feels that incentivising the ground-level staff in organisations, such as these could have a significant impact on employee morale and the way these businesses are run. It will also help curb corruption.

Last but not the least, as Mishra puts it, “It is about acknowledging, respecting and remunerating or rewarding the efforts of the workmen, who form the backbone of such large conglomerates and have long deserved the same.”

Why employees deserve a parting gift