HRK News Bureau - July 31, 2021
1
Come October, and chances are that the four labour codes may come into force. The labour Ministry had initially planned to implement the code...

As the pandemic drama unfolds, the spotlight is on HR

Kartikay Kashyap | HRKatha - June 21, 2021
2
The role of an HR professional has traditionally been a supportive one, like that of a personnel officer, handling administrative and backend activities. In...

“Service orientation — always a part of the human resources DNA,”...

HRK News Bureau - March 30, 2021
0
2020: What to learn – what to erase There was a radical change in human behaviour that adapted to and adopted unprecedented norms while bypassing...

Downsizing in manufacturing is not rightsizing, but just a temporary strategy

Arindam Goswami | HRKatha - August 12, 2020
0
There have been a few unusual realisations for every organisation during these past few months. For the manufacturing sector— across apparel, paint, auto and...

Puja Bothra | HRKatha - May 15, 2019
0
Recently, there was a video doing the rounds where a mob of people including both men and women were seen mercilessly beating up two...

One need not always fall back on rules, legislations and Unions. In most cases, problems, IR-related and even otherwise can be sorted out simply by not losing cool

IR: Bell the cat inside the bag!

Due to our own specific physical constructions, developed through the combinations of about 69 natural elements in varied proportions, the genesis of five broader approaches reconcile with the five natural orientations we are living with.

IR: A change in continuity

Protect the core to ensure continuity and balance.

The role of HR has evolved tremendously over the years, but what remained intact is its responsibility of bringing people together and ensuring they work in harmony.

How and when ‘Industrial Relations’ transformed into ‘Human Resources’

From a labour-focussed function, to a more talent-management one, the human resources function has undergone massive transformation since its inception about two decades back. HRKatha traces this journey.

I have seen many organisations bleeding profusely, due to mistrust, non-cooperation and lack of mutual understanding and strengthening. This is basically because of egocentrism and immaturity.

The company denied claims of unexplained layoffs, clarifying that the decision was in line with the business strategy and that they were ensuring a smooth transition for those fired.

Upset about not being given wage hike by the 3rd Pay Revision Committee, employees have declared a day-long nationwide strike on July 27

IR: Why do trade unions fail?

In industrial relations, the management must own the responsibility first, followed by the union leader then the worker, and the government at last.

The personal ego state of the stakeholder individuals can make or mar the desired industrial relations.

A majority of the IR managers and trade union leaders are not aware of the legal, behavioural, business and conceptual aspects of unionisation—labour, productivity, benefits, IR, leadership, role modelling, discipline and business management which is why they have a short time perspective to resolve an issue.

Tata Motors wage pact is all about giving workmen their due...

The blue-collared workers are set to receive their share of respect, acknowledgement and compensation as the company recently signed a landmark agreement with its Pune plant workers, linking wages to performance.

Why wholehearted appreciation is key to efficient IR

Most of the employers and executives have habitually developed apathy towards unions, trade union leaders and unionisation.

Politics coupled with inflated ego is a deadly combination in any situation and it's rampant in industrial relations.

What’s common between ‘Game of Thrones’ and industrial relations?

The popular television series ‘Game of Thrones’ has vast universe of characters. What happens when we put these characters in an IR landscape. A narrative drawing parallels between the two.

Any right can only be demanded in return for duty, and that has to be understood by the employees as well as the management.

The ‘cause and effect’ of IR

Just play along with cause & effect, gravity, flow thermodynamics, electromagnetism and time. You will not only feel motivated, but appear motivated.

The eight stages of an effective IR.

How to groom workers at the shop floor?

Erikson’s theory of child development can be applied to Industrial Relations.

IR is simply the science and art of togetherness. Learn about the appropriate length, width, depth and time for industrial relations.

It is important to build a charming professional culture in an organisation. Professionalism is nothing but swimming in tandem with the natural rhythm of ‘cause and effect’.

Why self-discipline is a must in IR

Many IR managers feel that these manipulations are necessary to manage people in varied situations, with varying needs, egos and greed. But it is absurd to believe that such manipulations and negativity can yield positive results.

The prime vested interest of company executives is to rule at will – egocentrism. However, the vested interest of the union leaders is to satisfy their social and self-esteem needs. These are the raw motives, to overcome which and to develop behavioural compatibility between both the agencies, two measures need to be established—a defined transactional system, and constant interpersonal communication.

Can we build-up a productive and sustained industrial relations?

Hypocrisy is what is observed these days, in the name of decency and tolerance, and the key source of most IR trouble.

Intolerance grows to the level of incapacity in dealing with the four dimensions of universal phenomenon—need, greed, support and ignorance.

Each individual works to satisfy his own need, greed and ego. Each person plays a role in the company’s fitness and has to be paid for his contribution to the same, proportionately.

Why does Darwin’s theory fail in ‘Industrial Relations’?

When Darwin explored ‘survival of fittest’, the ‘emotional intelligence’ was not a developed subject in the new-world. Now, we are very successfully dodging the growth fitness with our hypocrisy.

IR managers need to align workers and their leaders to productive co-existence at all the levels of Maslow’s hierarchy of needs. 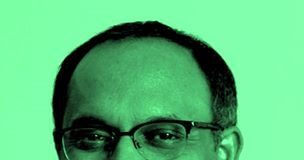 Prior to this, Kar was V-P and head-HR, Reliance Digital.

Twenty years in human resources has helped Amit Das, president and CHRO, Reliance Communications, change his outlook towards life. An avid reader, who derives insights from intellectually stimulating discussions with even his close friends, is a true global HR leader. HR Katha traces his professional journey and the learning that have shaped his great career…