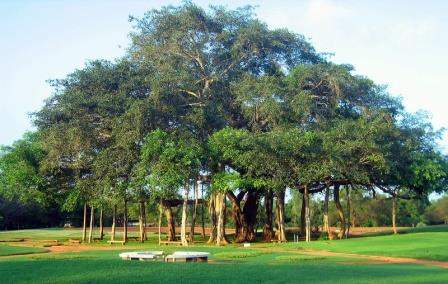 The eight stages of an effective IR.

Human nature cannot be generalised in the field of industrial relations. It varies, according to time and situation. Every establishment has its own IR legacy and culture. Well-crafted human resource policies help stake holders to sow, nurture and prune the IR banyan, preventing it from growing wild.

Most decisive IR starts with the first person employed to work in an industry, irrespective of the level, managerial or labour, the person is employed in. This is the time when the employer starts interacting with the employee, establishing organisational values and culture, and shaping the course of further interactions. This is the point when two different personalities start influencing each other, deciding the way people should behave in the organisation. Subsequent joiners just fall into line, following the example set, continuing the same way, rarely ever shifting the paradigm.

Stage 1: Trust is the first IR virtue which gets built up with the beginners. The newcomers are uncertain about the organisation, its safety and predictability. If the care received by the beginners from the primary mentors is consistent, predictable and reliable, they will develop a sense of trust, security and alignment. This leads to a ‘hope’, that in a crisis situation, they have support. This is the crucial stage when they can feel either aligned with the organisation or disconnected and disoriented.

If the treatment is harsh, unpredictable, inconsistent and unreliable, they will develop a sense of mistrust. Failing to acquire hope will lead to the development of fear, and loss of confidence in the organisation or their own abilities. This may cause anxiety and insecurity, leading them to remain confined to the lower levels of Maslow’s need hierarchy. Or, they may rebel to seek the power required to overcome this insecurity, which will naturally trigger IR issues and encourage unionism.

Stage 2: The newcomers try to become more independent and mobile than their mentors. They begin to discover their skills, abilities and autonomy, and assert their choices. The bosses should have patience and encourage them to stretch the limits of their abilities. They should not criticise them for failures, if any. The objective is to ensure self-control without a loss of self-esteem. Success here will ensure an urge and ‘willingness’ to do something better for the organisation.
If the employees are criticised, overly controlled, or not given the opportunity to assert themselves, they begin to feel inadequate, and may lose self-esteem. They will end up becoming overly dependent upon others, feel a sense of shame or doubt their own survival abilities. This causes them to support unionism for collective survival.

Stage 3. In today’s lively and rapidly developing scenario, newcomers assert themselves more frequently. They regularly interact with others in the organisation, initiating activities to use and explore their interpersonal skills. They begin to plan tasks, make strategies, and initiate activities with others. This is the time when their vigour, behaviour and actions are noted by the bosses and interpreted as proactiveness or aggressiveness. Such opportunities to display their abilities help the newcomers develop a sense of initiative, and feel secure in their ability to lead others and make decisions. Success at this stage will ensure the development of the virtue of ‘purpose’.
If their boss treats their behaviour as trivial or threatening, employees may feel guilty of ‘being a nuisance’. While some guilt is necessary to learn to exercise self-control, too much of guilt can make them slow in their interaction with others, and may even inhibit creativity. This may give birth to staunch supporters of a reactive union.

Stage 4. The newcomers at this stage will be learning to read the environment and comprehend the rules. The bosses, colleagues and trainers begin to take an important role in their life as they teach them specific skills. It is at this stage that the peer group will gain greater significance and will become a major source of self-esteem. They now feel the need to win approval by demonstrating specific competencies that are valued by the organisation. They also begin to develop a sense of pride in their accomplishments.

If they are encouraged and appreciated for their initiative, they will begin to feel industrious and confident in their abilities to achieve goals. On the other hand, if they are discouraged or restricted by the seniors, they will begin to feel inferior, doubt their own abilities and therefore, may not reach their potential. Some failure may be necessary to develop modesty. Yet, it is essential to strike a balance between competence and modesty.
Success in this stage will lead to the virtue of ‘competence’. If they are unable to develop the specific skills, they may feel that society is demanding. They may develop a sense of inferiority and fall prey to manipulative IR leaders who may use them for their personal gains.

Stage 5. At this stage, the newcomers are becoming more independent, and beginning to look at the future in terms of career, relationships, family, housing, etc. As individuals, they want to belong to the organisation and fit in— to satisfy Maslow’s safety and social needs. This is a major stage where they have to learn the roles they will fulfill or positions they will occupy, as able people. It is during this stage that they will re-examine their identity and try to find out exactly who they are.
Ideally, at the end of this stage they should enjoy a ‘reintegrated sense of self, of what they want to do or be, and of their appropriate roles’. During this phase they may often feel uncomfortable until they can adapt and grow into the changes. Success at this stage will lead to the virtue of ‘fidelity’. Fidelity involves being able to commit oneself to others on the basis of accepting others, despite ideological differences. During this period, they explore possibilities and begin to form their own identities based upon the outcome of their explorations.
Failure to establish a sense of identity within the organisation can lead to unhappiness, role conflict/confusion, and uncertainty about their place in the organisation. In response to the role confusion or identity crisis they may begin to experiment with different lifestyles (e.g. political, activist, etc). Pressuring someone into an identity crisis can result in rebellion in the form of establishing a negative identity. They may become rebellious or aggressive union leaders.

Stage 6. At this stage, employees begin to get closer to others. There is more sharing and exploring of relationships, leading to long-term commitments. Successful completion of this stage can lead to comfortable relationships, a sense of commitment, safety and care within a relationship. Avoiding intimacy and fearing commitment and relationships can lead to isolation, loneliness, and even depression. Success in this stage will lead to the virtue of ‘love’, corresponding to Maslow’s self-esteem need. However, failure may lead to harsh behaviour.

Stage 7. By now, employees have established their careers, settled down within the organisation, have their own groups and developed a sense of belongingness. They see themselves as an integral part of the bigger picture. They are giving back to the organisation through their contributions— productivity at work, and involvement in community activities and the organisation, in general. Success at this stage will lead to the virtue of ‘care’. On failing to achieve these objectives, they may become stagnant and unproductive, and may turn to a collective bargainer to protect their interests.

Stage 8. As they grow older, they tend to slow down. They contemplate their accomplishments and may develop integrity if they see themselves as leading successful lives in the future. They may look forward to a role of a guide or model for others.
Success at this stage will lead to the virtue of ‘wisdom’. Wisdom enables people to look back on life with a sense of closure and completeness, and also accept departure without fear—Maslow’s need for self-actualisation.
But, if they see life as unproductive, they may feel guilty about their past, or feel that they did not accomplish their life goals. They become dissatisfied with life and develop despair, often leading to depression and hopelessness. They may develop a tendency to withdraw from the positive role, or may go to the extent of mentoring negative movements.

This gradual development of ‘hope, will, purpose, competence, fidelity, love, care, and wisdom’ is equal to the eight stages of the child development theory of Erik Homburger Erikson. Here, we have acclimatized it to the IR scenario, which is not different from a child’s development with the help the family, neighborhood, school and society.

Building an IR culture is the responsibility of all the stake holders, primarily the seniors. Depending upon the reference point, one plus one may become two, or eleven, or zero. Similarly, an individual develops and responds to the environment he is put into. The expressions of ‘cause & effect’ are common for all—home, society or industry. IR grows as a collective reflection of individual expressions.

So, develop IR like competent parents, and enjoy the response!