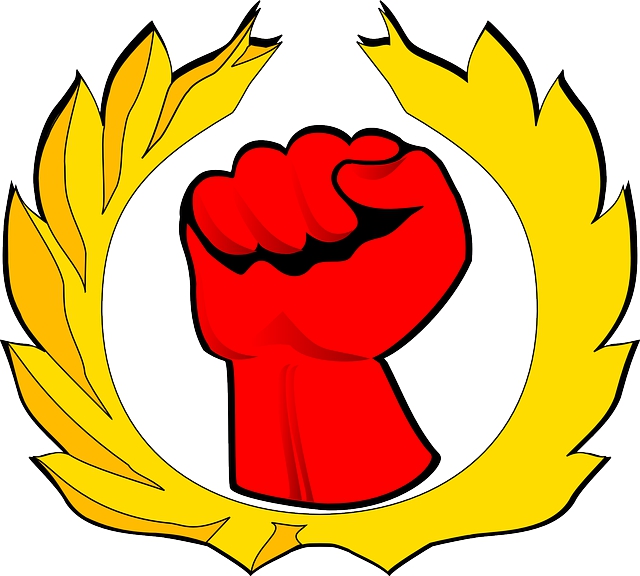 Most of the employers and executives have habitually developed apathy towards unions, trade union leaders and unionisation.

In industrial relations, things are even worse. Most of the employers and executives have habitually developed apathy towards unions, trade union leaders and unionisation. They obviously avoid appreciating it wholeheartedly. They look towards unions as a bunch of counterproductive trouble makers.

This tendency restricts their behavioural proactiveness towards camaraderie and synchronicity. Darwinism and Maslowism have added fuel to it. These have groomed us to believe that to survive and grow ‘one has to fight and win over others’. With this materialistic hypothesis we have forgotten our natural way of collaboration— to grow collectively, from two sub-particles to atoms, to molecules and cells, to organs, parentage, body, family, clan, colony, village, to industry, to city, state, nation, earth, solar system and to the galaxy and Universe.

Due to our ego-bound analytics, we usually fail to comprehend that a win–lose game always heads towards a lose-lose scenario. Natural forces work equally for all, but with our so called advanced logical brain, the accuracy of our assumptions and direction of efforts become responsible for creating a situation favourable or otherwise. Every manipulation leads to the credibility crisis. Collaboration and IR are the forte of credibility and consistency, that only an honest mind can generate. The honest mind reflects a balance of approach through unbiased behaviour that keeps a lot of things within a comfortable line of balance.

In one of my previous organisations, there were three unions operating in the factory. One led by a non-employee external leader, who was representing workers from surrounding villages. A second union led by local employees, which represented other locals, and a third one led by migratory workers represent outsiders. The management never insisted on establishing representative status to a single union. A few days of paid strike, every year, was the means to establish muscle power. The factory was applying wage board notification for the wages and other service conditions of the workers. Still, these unions gave their separate charter of demands every second year, negotiated separately with the management for additional benefits to all the employees including the members of other unions. It was fully chaotic IR causing troubles to the Company, and different HR heads getting tried every year or so.

Chaos and deteriorating situations are not appreciated by the people in general, not even by the beneficiaries. Everyone has a hidden fear of uncertainty and expected fallout of the situation. As professionals, our job is to establish the managerial credibility and consistency of governance. In public dealing, you cannot be selective. Hence, the best option is, first to define the rule of the game in consultation with the stakeholders, and stick to it firmly to establish the precedencies. Contributors in setting up a right precedence must be recognised and appreciated at every encouraging occasion.

Since there were two internal unions in this factory to represent workers, I stopped entertaining the external union leader, and suggested two internal unions to absorb its members. It was a clear message that we will take care of our people internally, without getting influenced by external non-stakeholders. The idea got implemented smoothly with the help of internal unions.

Thereafter, I invited both the unions to prepare a common ‘charter of demands’ so that we could conclude the pending settlement collectively at a faster pace. I started preparing a public sentiment towards it. I talked and cajoled individual leaders into accepting this idea. But bringing two unions on the same platform was not an easy job, because of their ego and some vested interests. It was taking time, but my open-minded intent and communication was getting a positive place in the minds of workers, in general. Workers were already apathetic towards previous IR scenarios and managerial mishandlings. I was getting the public pulse in tune with my thinking.

Unions were taking their own time to conclude their common agenda. The public was getting bored with the indecisiveness of the unions. I talked to some opinion makers separately, and without any agreement with any union, announced the increase in wages in tune with and along the lines of the previous agreements. The expectations of the public, in general, were met. Some leaders of these unions got agitated and called for a strike. The strike got no major support from the public, and got withdrawn.

This led to tremendous confidence building of workers, in general, towards the management, and a neutrality towards unwarranted politicisation of trade unionism. I spent more than six years thereafter in that factory with complete industrial piece and productivity.

My take-away from this place was my confidence in genuine proactive measures. People, in general, receive your intent well and support its genuineness. People do not appreciate unethical games played by any one. Though, majority of the people prefer to stay away from being vocal against such activities. They support fairness and fair cause wholeheartedly, but implicitly, because by natural construction, the majority of the people avoid being loudly expressive. The recent move of the Indian Government on demonetisation is a classic example of such a public expression, where people in general suffered a lot but supported the move extensively.

Now, the question arises as to why most of the employers or seniors shy away, in person or policy, from appreciating the employees openly? The most compelling reason is the personal nature of the bosses. Eventually, the personal nature of the super boss percolates down across the organisation. Arrogant, authoritarian, task-oriented, humble, caring, relationship-oriented bosses do subconsciously end up developing the team in a similar way. Most of the subordinates learn to imitate the boss, just like children do their parents.

Imitating is a habit we learn subconsciously from our seniors at work and in the society. In social learning theory, Albert Bandura (1961) who conducted the Bobo doll experiment, agrees that the behaviour is learned from the environment through the process of observational learning —attention, retention, reproduction and motivation. These mental factors mediate (intervene) in the learning process to determine whether a new response is acquired. An aware and alert person finds out the positive devices to keep himself receptive, proactive and encouraging towards appreciation in every situation.

Sometimes, there is a conflict between the style of boss and subordinate, but the ‘boss is always right’. The subordinate has no choice but to accommodate. However, appreciation in any way lends positivity and encouragement to the working environment. Believe me! Come what may, if you appreciate others by heart, they will reciprocate wholeheartedly, of course sooner or later. That is the key of penetrating success into all kinds of relationships, be it home or industry.