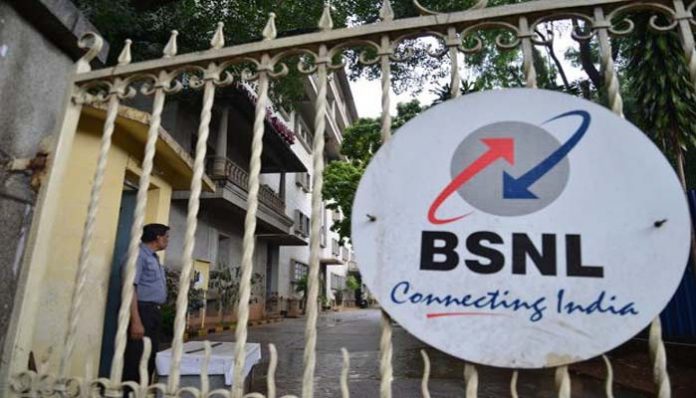 Upset about not being given wage hike by the 3rd Pay Revision Committee, employees have declared a day-long nationwide strike on July 27

Owing to discontent on denial of the expected wage hike, employees of state-owned telecom firm BSNL, have declared a day-long nationwide strike on July 27. The employees are upset about not being given wage hike by the 3rd Pay Revision Committee, and have hence decided to strike against the government’s decision to provide hike on the basis of performance of public-sector firms.

In an official statement, BSNL’s Employee Union convenor, P Abhimanyu, says, “BSNL became a loss- making entity not because of the employees but because of the anti-BSNL policies and measures adopted by the government. BSNL was not allowed to procure equipment for its mobile network expansion from 2006 to 2012.”

The recommendation of the 3rd Pay Revision Committee was approved by the Cabinet on July 19. As per the affordability clause of the recommendations, only those public-sector undertakings (PSUs) which have earned profit during the last three financial years are eligible to give wage revision to their employees.

“The officers and workers of BSNL are going on a one-day strike on July 27, 2017, demanding wage revision. The next round of wage revision has become due for the entire public-sector employees from January 1, 2017,” the statement says. Abhimanyu alleged that tenders floated by BSNL to procure mobile equipment were cancelled one after another by the government to benefit the private telecom companies.

“As a result of this blockade created by the government in the procurement of equipment, BSNL was not able to take advantage of the exponential growth witnessed in the mobile segment, during this period,” he says.

BSNL Management started procurement of equipment from 2013 onwards and thereafter, significant improvement has been made to BSNL’s quality of services. As a result of all these efforts, a significant change has come in the financial position of the company, the statement added.

BSNL had incurred Rs 691 crore operational loss in the year 2013–14, whereas it earned an operational profit of Rs 672 crore in 2014–15, and Rs 3,854 crore in the year 2015–16. As per the statement, even in the midst of cut-throat competition from Reliance Jio, BSNL is adding 20 lakh new mobile customers every month. “BSNL is sure to become a profit-making PSU within the next two to three years,” the statement says.

Abhimanyu believes that BSNL officers and workers have significantly contributed to bringing the company on revival path and BSNL employees should be given wage revision with 15 per cent fitment. “The unions and associations will be compelled to resort to more serious forms of struggle, if the government does not respond favourably to the demand of the employees,” he opines.

TCS to honour 40,000 offers made to fresh recruits