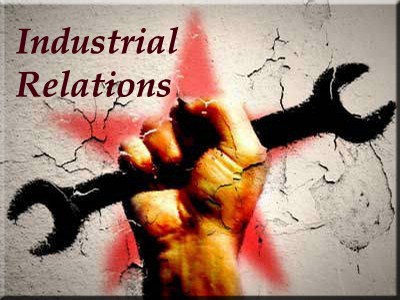 Protect the core to ensure continuity and balance.

Change and continuity are perceived as contradictory, however at the same time they are also universal cohabiters. Fundamentally, the ‘truth’ is universal that supports ‘continuity’, but due to our own varied value systems, its interpretation and application becomes subjective, which influences our individual choice to ‘struggle for existence’ and to desire and affect ‘changes’.

The natural forces reconcile both—‘change’ and ‘continuity’— equally well. By physical structure and strength, the positive atomic core ensures ‘continuity’, whereas its orbital electrons are open to ‘change’. They move, assimilate, connect, bond and unite with others to grow or reduce the structure, depending upon the strengths and weaknesses of concerned atoms and external influences.

This is the science we are made up of— the science that teaches us to keep our core values and strengths intact for ‘continuity’ and consistency, and our external interactions and expressions open towards modifications, ‘changes’ and growth. Any imbalance is a sign of decay or disintegration.

Industrial relations develops through the same science. IR is nothing but managing changes and apprehensions through continuity of productive comraderie. Most IR managers often ignore or allow these threads to remain loose in pursuit of other priorities. If we resolve an immediate issue without considering its long-term impact, we are giving rise to a major issue in due course of time. That is why, in IR, most of the serious issues are  offshoots of previous mishandlings, simply because the core issue is not attended properly.

It is a skill to handle people-related issues without creating any hostile precedence. As the minor becomes major in due course of time, we cannot justify a so-called minor issue ignored while resolving a so-called major issue. During a major overhauling of the engine of our car, can we ignore a nail in the tyre, as a minor issue? Both issues, big or small, have their own identity and repercussions in terms of shaking the structure, and therefore, must be attended seriously.

I joined a company where it was a routine for the union used to call a strike every year, on any issue, whether minor or major. They found it easy because when the issue was settled, the employees used to get the full wages for the entire strike period. When I joined that company, they were about to call a strike on a (legally) non-issue. I called a meeting, tried to make them understand that it was a non-issue, but they paid no heed. They were simply enjoying a few days of paid rest in the name of strike, and gaining political advantage, as was their annual routine.

I told them that the company will not make any payment of salary, for such an illegal and unjustified strike this time. But they ignored my advice, and went on to strike as usual. I started sending notices, circulars and verbal communications to everyone, placing them on every nook and corner, clearly stating that this time the strike will certainly be unpaid. I used to visit the factory gate, and chat with the people, common workers, leaders, at different periods of time during the on-going strike.

They took my statements seriously and started believing my messages only after a few days. That too, when they realised that even after exceeding the days of normal strike, I was still pursuing them to call off the strike, without talking of wages for the strike period. Finally, they called off the unpaid strike, which never happened again, for years, as long as I was there with the company.

It was not the adamancy on my part that led to the strike being called off. I was just simply adhering to the core of the issue, protecting it tightly— that no one has a right to get paid for not working. No one can justify the salary for nonperformance. Any person or group of persons who try to do this knows the fundamental weakness of their unjustified case. How can one move without moving? The strongest structure is built with the support of strongly grounded pillars. Similarly, our lives are built on strong and natural values. The leaves flying with the wind have no identified destination. They can land on anything, fire or water.

Life is nothing but a perennial negotiation with our surroundings, which comprises a constant ‘struggle for existence’. The long-term sustenance of any negotiation depends upon protecting the core around which the case is built up. If the core is weak, the structure rattles.

The ‘core’ trunk must be protected for long-lasting continuity, and the ‘offshoots’ should be trimmed to shape for favourable ‘changes’ towards desired growth. That is the business of IR. There are certain fundamentals of IR that should never be attempted to change. At the same time, there are certain aberrations that must be watched for and corrected or attended to promptly. Every IR manager must define those fundamentals and aberrations in their catchment area, and must be uncompromisingly alert. Any short-term ignorance of core fundamentals, or overplay of relaxations, can lead to uncontrolled disaster!

How to deal with new-age workforce and business transformations in 2018:...