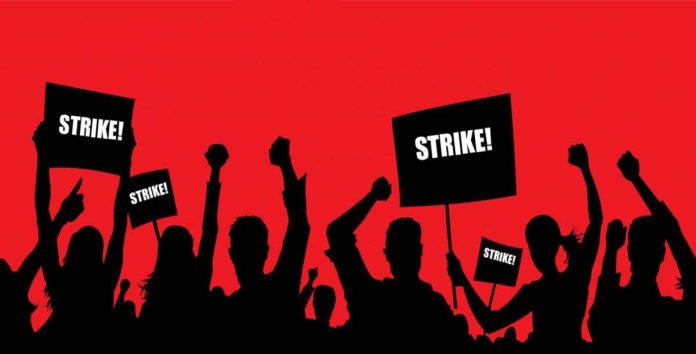 In industrial relations, the management must own the responsibility first, followed by the union leader then the worker, and the government at last.

Trade unions fail because of vested interests and lack of commitment on the part of stakeholders. This ‘lack of commitment’ limits the required attitude, knowledge, skill and application for sustained success. Primarily, there are four stakeholders—workers, trade union leaders, company management and the government. All of them together are responsible for the success or failure of the unions.

As Maslow’s theory rightly suggests, we don’t tend to be satisfied with the fulfillment of basic needs. We greedily keep changing our goal post through achievements, as Darwin puts it, at the cost of other stakeholders. To handle this dichotomy in IR, MK Gandhi, as trade unionist, evolved his grand theory of ‘trusteeship’, a common ownership attitude. Only co-operation and a sharing attitude can eliminate the discrimination of classes.

The premise of co-operation is to take care of each other and perform our roles honestly. Unfortunately, Gandhi’s experiments with ‘truth’ have completely been ignored by the stakeholders in pursuit of their egocentric ‘whims and fancies’, using short-cuts. They are indecisively caught in the emotional web of need, greed and responsibility. None of the stakeholders take responsibility. Each one blames the other three, which is why, industrial relations (IR) has become a gamble of chance. The management must own the responsibility first, then the union leader, the worker, and last of all, the government.

As against general perception, I have deliberately put the govt. as the last stakeholder simply because IR is primarily a matter of relationship, obscurely of ‘right & duty’. Instead of peaceful coexistence, when a game of strength and weakness is being played, the govt. can only provide a level playing field for the weaker players.

The premise of human relationship is behavioral elderliness. Relationships cannot be regulated through whips of bylaws. The laws are same for all, the one where we find a cordial and productive IR, or the one where we don’t. This gets evolved through concerted behaviours. We cannot infuse pettiness to evolve greatness. Grandeurs are achieved through behavioral greatness. The management has to play the role of caring elder brother, and the employees of supporting younger ones.

It is interesting to see how each stakeholder enhances or spoils IR through ASPIRE – Attitude, Systems, Proactiveness, Innovation, Resource, and Endurance – to make or break the trade unions effectively. Sometimes, we fail to understand the reasons behind behavioral changes even in a familiar person. Therefore, entire scenario of IR may change with a single change of union leader or the IR manager.

Attitude It is the prime player in any IR scenario. Once this iceberg is deciphered, the entire dimension is mapped. Most of the times, the vested interests and compulsions do guide this factor. The ‘attitude’ has various intermittent shades from ‘positive to negative’,   ‘proactive to reactive’, ‘involving to devolving’, ‘respectful to awful’, ‘enduring to volatile’ emanating from the same person with different references, such as passionate lover to dreaded Hitler.

In related situations, the attitudes often turn toward reciprocity. A decade ago, within few days of my joining a sugar and distillery plant in UP, when I was at lunch at my residence in the adjacent colony, I got a call from the time-keeping office that union leaders had suddenly started a meeting at the gate, stopping workers from joining duty. There was no apparent reason or pre-information to us of this event. I told them and the security to stay cool, not to panic, and let them do whatever they were doing.

As usual, I walked down from my residence to the gate. One leader was addressing the crowd, while the other leaders were sitting on a high platform-turned into a makeshift stage. The listeners or the workers were sitting or standing around on the road. Since I was new, a majority of the workers were not familiar with my face. I coolly slipped in unrecognised, and sat on the floor with the audience. The union leaders were talking vigorously one by one with intermittent slogan shouting.

Suddenly, one of the leaders recognised me and requested me to get onto the stage. I suggested that he continue as I was fine sitting with the audience, and was noting their points of concern. Soon, the environment changed. They started requesting me to come to the stage and speak to the people. I agreed and introduced myself to the public. I told them that I had noted their concerns, and invited the leaders to a meeting for further discussions. I deliberately did not request them to disperse or report to duty. But they reciprocated my gesture, and the leaders themselves asked the people to go to work. The gate meeting dispersed immediately. Their attitude turned to reciprocity in a naturally corroborative fashion.

As it normally in many such cases, the IR managers would have first deployed security, call police, and activate contacts to disperse such meetings. These over-reactions hurt the ego of the leaders, and give them an opportunity to mobilise public support and increase bargaining strength, to make the negotiation tougher for the management.

Negotiation is a skill, where, I feel the genuineness of win-win works better than the emotion of win and lose. Panicking in such situations gives people on the other side a chance to put down their feet. But, some ego-centric union leaders or managers, with their obviously vested interests or hidden agendas, deliberately ignore the soothing gesture of the other party, to cause a dead-lock till their personal agenda is achieved. Sometimes, this deadlock turns leads to a dead end.

Attitude, adamancy or flexibility, if taken to an extreme, is a turning point for the better or for worse. Nobody can predict accuracy. Hence, the negotiators must be mature enough to sense the break-even point to conclude a decision before it.  Both the parties must avoid a dead-lock, and must have a by-pass channel to keep the hopes aligned.

Systems They are defined to standardise the practices beyond behavioural fluctuations. We cannot justify varied practices for different persons. Biases encourage people towards undue advantages that lead towards compulsive negotiations. People with vested interests always try to defy or manipulate the rules. As managers or trade unionists, we generally either try to apply our whims and fancies or succumb to those of others. Both are dangerous to IR. In an industry we cannot afford to ‘show the rule according to face’. As an IR manager for 30 years, I am fully convinced that if we keep the systems intact, everyone manages to fall in line or align, sooner or later.

Generally, systems start deviating in the name of justice, humanitarian grounds, urgency of needs, emotional blackmail, work exigencies, compulsions, and so on. Ad hoc deviations are sure to become common practices and rules in due course of time, when muscle power misbalances. These considerations lead to future anarchy, causing managers and trade unions to fail. Hence, if needed, the systems can be modified through proper logic, processes, checks and balances, but should not be deviated from without proper modification and communication on record. Good systems are always aligned to truth and genuineness.

Proactiveness is a personal venture. Unfortunately, discipline is often overlooked through reactive endeavors causing systemic failures. Unfortunately, most of the disciplined people tend towards complacency, and most of the reactive people tend to become anti-establishment. This mismatch is counter-productive. Thus, a person, as manager or union leader, must think proactively, in a disciplined manner, to be progressive. A progressive manager with a progressive union leader is the ideal combination for all-round development. Other permutations and combinations are impediments to that tune.

Innovation Tom Freston finds, ‘Innovation is taking two things that already exist and putting them together in a new way.’ Innovation in IR is nothing but a simple pursuit of refining consistencies between the past and the future. In this four- dimensional universe ‘time’ is the factor that indicates inconsistencies. The efficient manager and trade leader must pre-sense it, be proactive and take corrective measures. One must attend to the painful area before it starts causing distress and begins degenerating.

Resource Balancing resource is the key to a good IR. One should not use it as a tool to gamble in the game of strength and weakness. One must only be paid for his personal contribution to the total resource mobilisation. Any over or under consideration is bound to generate an unjustified conflict. Trusteeship is primarily based on this natural science that ‘you cannot have it unless you have earned it’. The theory of ‘cause and effect’ from the Gita of Lord Krishna and the Third Law of Newton endorse it. Any effort towards disproportionate gain by the manager or union has an innate compulsion to create systemic imbalance leading to failure.

Endurance If done in the right direction, it is the key to success. The unpredictable hefty actions or inconsistency in approach from either side, as we often see in trade union movements, often lead to repentance, sometimes beyond retrieval.

Leadership lessons from a tiny virus