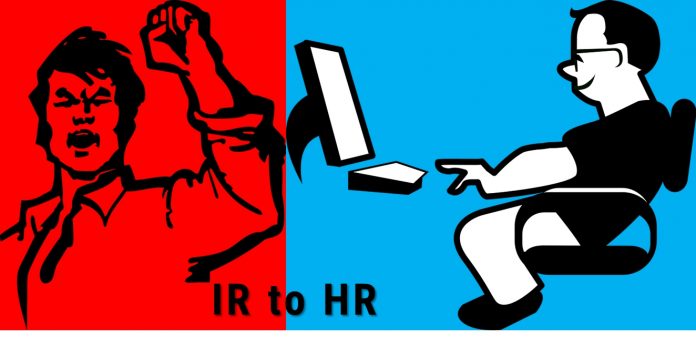 From a labour-focussed function, to a more talent-management one, the human resources function has undergone massive transformation since its inception about two decades back. HRKatha traces this journey.

From what was a labour-focussed, union-driven IR-led function, the modern-day HR has come a long way to become the strategic people’s function that it is now. Since its inception about two decades back, a lot has impacted the way it is perceived, how it functions and how much organisations value it.

Looking back at the 1980s and early 1990s, one can make out why the function was so labour focussed. Since the economy was closed to the MNCs, the large Indian organisations, such as the Tatas and Birlas were hugely labour dependent. The organisations in the era demanded that the HR managers be at the forefront of all IR issues. Things started changing after the famous politician and trade unions leader, Dutta Samant passed away in 1997.

“With the gradual influx of contract labour, newer models of employment and better salaries, the aggression levels also came down. As a result, the focus of the function moved from being IR managers to ER (employee relations) managers. The function was also known as the personnel department in those days.”

Ravi Mishra, regional HR head, South Asia and Middle East, Birla Carbon, recalls “Long back when Datta Samant led a trade unions strike in 1982, which went on for a year and resulted in the closing down of all the mills in Bombay, there was no HR function but just IR, which was also largely driven by politics.”

Gradually, as the governments changed and P.V. Narasimha Rao became the prime minister of India in 1991, the economic reforms also impacted how organisations looked at human resources. Rao, also known as the ‘Father of Indian Economic Reforms’ dismantled the License Raj, and employed Dr Manmohan Singh as his finance minister to embark on a historic economic transition. Later, with Rao’s mandate, as Singh brought in International Monetary Fund (IMF) policies to rescue the almost bankrupt nation from economic collapse, the importance of manpower also increased with growth in industrial profitability.

Mishra says, “With the gradual influx of contract labour, newer models of employment and better salaries, the aggression levels also came down. As a result, the focus of the function moved from being IR managers to ER (employee relations) managers. The function was also known as the personnel department in those days.”

He also shares that in the past, Russi Modi, chairman and managing director of Tata Steel and a leading member of the Tata Group preached the ‘work together and grow together’ concept, which also largely contributed to moulding HR into its current workforce-oriented form.

Ganesh Chandan, chief human resources officer, Greaves Cotton, says, “Over the last decade, HR has transformed from an IR and compliance-oriented function to a more evolved talent manager for the organisation.” He explains that the early stages of transformation witnessed HR becoming more business focussed, supported by deep understanding of the business dynamics and challenges posed by micro and macro environmental influences.

Mishra adds that it was after the year 2000 that organisations truly started recognising and appreciating the importance of skills in ensuring business success, and hence, the importance of people. “This is when the HR function became a differentiator, offering a competitive edge to an organisation,” he says.

“Results mattered more than efforts as HR started to play a key role in evolving a high-performance culture and driving engagement,”

The function gradually became a business partner and an enabler. The focus moved increasingly towards talent acquisition, development and retention. Furthermore, the function became highly process orientated, largely enabled by IT and quality standards adopted from the business.

Talking of further progress, Chandan explains that in its later stages, the function became aligned with larger business goals with greater focus on performance and engagement. Engagement became more important than retention and rewards were directly linked to deliverables and outcome. “Results mattered more than efforts as HR started to play a key role in evolving a high-performance culture and driving engagement,” he adds.

“People performance being key to enterprise value creation in the service sector, the approach of HR gradually moved from commoditisation to individualisation. As opposed to standardisation of mass production days, individual talent became the key differentiator to organisational success.”

“The expectations on HR, therefore, changed dramatically. This led to a great accent on sourcing and selecting right talent, learning and development, performance and reward management, retention of critical resources, employee communication and redundancy management,” he adds.

Following technological advancements transforming the function and rapidly evolving people dynamics, the emphasis today is more on getting the organisation ready for future. It is more about enabling culture as a differentiator and simplifying people practices to attract and engage the millennials.

“HR of today is driving flexibility, flat organisation structures, enabling and rewarding innovation and more importantly the HR manual and HR managers are slowly getting replaced by customised solutions crafted by empowered business managers. Standardisation and uniformity is moving out and unique solutions to address specific employee needs are gaining prominence,” says Chandan.

According to Chandan, in short, a more talent-engaging, diversity-friendly, IT and mobile-enabled, team structure-led, business performance and P&L-focussed HR is rising. Mishra concludes, “The be all and end all of this transformation and future advancement of the HR function is that the biggest differentiator for any business is and will always be its people. That is what will always remain as the foundation of the HR officer’s role.”

Kar believes that technology has done good. “It has changed everything – bio-metric attendance has replaced time office; employee portal has replaced a number of assistants in the Personnel Department. Similarly, technology has impacted the way we hire, train, communicate with employees and manage performance.”

“Besides, social media has made organisations much more permeable and hence compels HR to be more responsible and respectful than ever before,” he concludes.

HR for HR: Who has the back of the organisation’s troubleshooters?