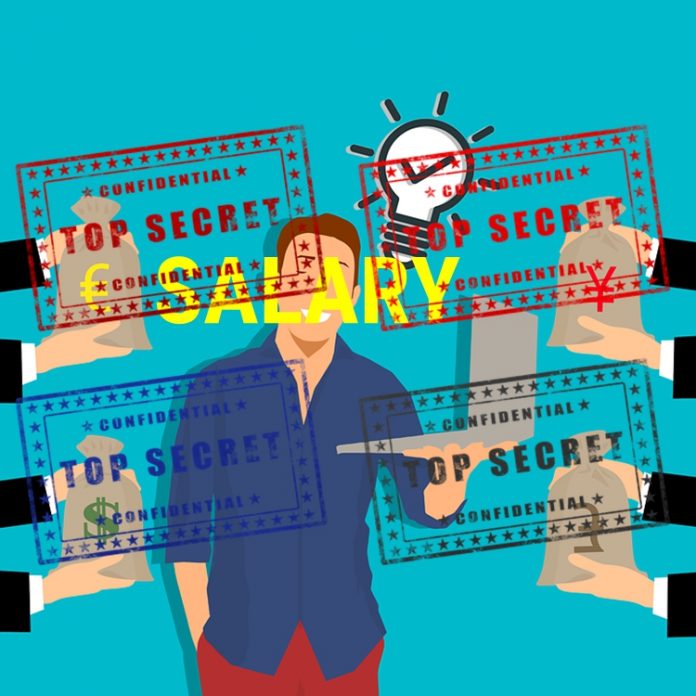 With millennials posting or sharing everything on Facebook, Glassdoor, Twitter, it will not  be a surprise if soon salaries are openly talked and discussed about too

For decades, disclosing one’s salary to co-workers or even close family or friends has been taboo. However, millennials don’t care. They’re more open, expressive and free of such shackles that prevented our ancestors or baby boomers from revealing their incomes to others around. In a bid to support and ensure transparency in everything, including salary distribution, millennials are open to sharing information about their salary figures with people around them, as it lets them know where they stand.

In fact, a survey conducted by The Cashelorette stated that 63 per cent of millennials aged 18–36 have revealed details of their salaries to an immediate family member, 48 per cent have shared such information with friends and 30 per cent with co-workers as well. On the other hand, only 41 per cent of the baby boomers aged 53–71 have discussed their salaries with an immediate family member, 21 per cent have revealed the same to a friend, and only 8 per cent have shared salary-related information with a co-worker. The numbers may further be increasing when it comes to millennials.

Sriharsha Achar, executive director & chief people officer, Apollo Munich Health Insurance, is of the view that since millennials like to post or share everything on Facebook, Glassdoor, Twitter, they will soon end the rule that bans the sharing of salary information by corporates. “Get ready – this generation will not be offended while sharing their net take home while you may still wonder what’s bothering him or her about my take home.”

Secrecy creates suspicion around compensation. It is because of the confidentiality around salary, that one may always have a feeling of being paid lesser which may make people keep looking for other avenues —even if passively—to be able to keep a tab on the market salaries being offered for the job.

Considering the much debated wage gap across industries and continents, it seems salary secrecy is no good for employees, while employers may still support it for their own benefits. It is salary secrecy that is one of the biggest reasons behind pay gaps and it further tends to widen the gap over time.

Nitin Sansare, head-compensation and benefits, Tata Motors, concurs, “Secrecy creates suspicion around compensation. It is because of the confidentiality around salary, that one may always have a feeling of being paid lesser which may make people keep looking for other avenues —even if passively—to be able to keep a tab on the market salaries being offered for the job.”

That said, salary secrecy could also be one of the disguised reasons behind attrition. In addition, the fact that while hiring most organisations are not explicit about the salary being offered for the role and only reveal or negotiate the same during the last stages of the hiring process, also leads to a low interview-to-hire ratio.

Salary secrecy could also be one of the disguised reasons behind attrition.

Sansare shares that there are two kinds of organisations — one which pays for the skills or for the job, despite the confidentiality pact; and the other which pays on the basis of a candidate’s past salary (when it is lesser), irrespective of the skills on offer, in order to save their costs. While the former may sail through maintaining confidentiality around salaries, the latter is sure to lose out on great talent, as sooner or later, employees would realise that their pay is not up to the mark, he explains.

Achar also believes that the aspect of ‘me’ and ‘choice’ in bold letters is the foundation for millennials to be more transparent than any other earlier generation(s) and they would neither hesitate to share their salary details with anyone, nor to take any action around salary dissatisfaction, if need be. “Oversharing translates into salary talk, and salary talk translates into salary change—that is the beginning of the new revolution that HR professionals and organisations will have to learn to manage very soon,” he opines.

Most organisations are not explicit about the salary being offered for the role and only reveal or negotiate the same during the last stages of the hiring process, also leads to a low interview-to-hire ratio.

This new trend may or may not curb pay differentials, but Achar believes that salary secrecy has certain other associated disadvantages. “Are we staring at strained relationships, increased conflicts, and higher attrition – only time will tell,” he says. While Sansare seconds that, he says, “Secrecy never sells. With openness around remuneration and due explanation, employers could ascertain that the dissatisfaction around salaries goes down.”

While it’s not easy to term disclosing one’s salary as right or wrong, how and in what ways, employees may share their salary details with someone could impact their existence in the workplace if the employer tries to retaliate in some way. It also depends on the culture of an organisation. That said, while it may take some more time for millennials to redefine the culture around them by sharing salary details in more pervasive ways, knowing their rights as an employee is a good way to start with. And gradually, as millennials are passed on the leadership baton by the baby boomers in the coming times, they may change the hush hush culture around salary into a more open one.

How Mahindra & Mahindra moved away from the rating system