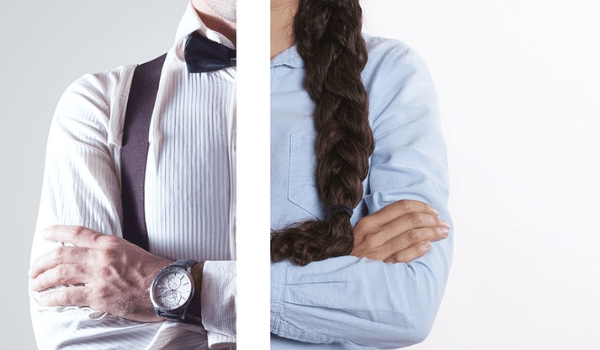 The need for gender parity in the boardroom has been part of the conversation around equality for a long time now. With all the talk about inclusivity, and steps to curb discrimination based on sex that started to take speed a decade ago, the results still do not seem to point us to a favourable future, where women have equal number of positions at organisations as the men.

Deloitte Global Boardroom Programme’s Seventh Edition of the ‘Women in the boardroom: A global perspective’ report — that gathered data from 72 countries — has once again illustrated how much disparity remains in organisations. Even if there has been some progress over the years, it seems that collectively, women are still not present at the top of the hierarchy at a majority of companies, worldwide. Dan Konigsburg, Senior managing director of Deloitte Global Boardroom Program, headed the seventh edition of the report.

The data collected from 10, 493 companies around the globe, features 14, 739 women who have an active role in the boardrooms of their organisations. That means, only 19.7 per cent of women have a seat at boardrooms, while only 6.7 per cent have been able to achieve the CEO status.

Women are seen more as CFOs, with a not-bad 15.7 overall percentage. The industries that have given women more room at the boards are life sciences & healthcare (21.3 per cent), financial services (21.2 per cent) and consumer business (20.8 per cent). The global board tenure for women has also decreased since 2018, from 5.5 years to 5.1 years, as compared to men, which was at 8 years previously and now stands at 7.6 years!

Countrywise, France has been the most successful in creating positions for women in organisations. With a healthy 43.2 per cent ratio, it has been capable of this feat because of a 40 per cent legislative quota that requires both genders to be represented on company boards. The quota, which became effective in the country in 2017, applies to public, government as well as privately-owned organisations with revenues of over 50 million euros and strength of 250 or more employees. Singapore has the highest number of women CEOs, with 13.1 per cent share. Meanwhile, Thailand has a whopping 45.8 per cent of women working as CFO’s in its organisations.

It is apparent that government legislations and quotas are needed for any progress in gender parity.

Japan, which has no quotas for women in boards, has a very poor share of 0.3 per cent CEOs and 1.2 per cent CFOs at its organisations. Even as the overall percentage is higher than in 2018, from 5.2 per cent to 8.2 per cent, the country is lagging behind in many ways.

European countries such as Norway, Italy, Germany and Austria that benefit from national quotas have shown vast improvements in their numbers. The highest number of female board members in the continent have been seen in the consumer business.

South Africa has made a lot of progress since 2018, with its ratio rising from 26.4 per cent to 31 per cent, without any quota support from the government. The country has also shown a very encouraging jump in the last two years —when it comes to women as CEOs and CFOs — with 7.2 per cent and 25.9 per cent respectively.

The US has experienced very feeble improvement from 2018, with only 23.9 per cent women having presence at boardrooms. A mere 5.7 per cent women in CEO roles is very disappointing too.

Even as the Companies Act of 2013 mandates organisations to have at least one woman in the boardroom, India hasn’t been as successful in welcoming women to senior and high-level roles as expected. In 340 companies, only 413 women occupy a position in the boardroom, with a meagre 4.7 per cent acting as CEOs. Life Sciences and healthcare industry (21.5 per cent) has the highest number of women in high positions, followed by technology, media and communications (18.4 per cent), consumer business (18 per cent), manufacturing (16.6 per cent) and financial services (15.8 per cent).

One of the main reasons for these dismal results has been the fact that women faced the worst professional blow once the pandemic hit the world. They had to take care of their families and household needs, while also working full time, which was not only challenging, but in some circumstances, impossible to handle. The added responsibilities at home made a lot of women either step back from their roles, or hold themselves from approaching their companies for bigger jobs.

The situation is not only worrisome, but will take time to improve. However, it shouldn’t scare women, or the industries eager to hire or promote women into giving up. The equality debate will go on for years to come, and it is imperative that organisations themselves take the initiative to balance the scales, now more than ever!