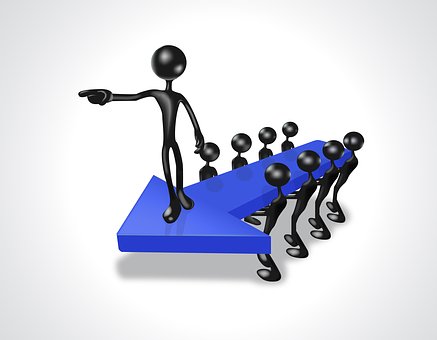 If one or two members of a team are found to be underperforming, it is quite understandable. But what if more than 60 per cent of the team is not performing? Individual team members can be said to be at fault if the number of underperformers is small, but if the whole team is underachieving, it is definitely the leadership that is to be blamed.

“In my experience, I have seen many such cases in different organisations. If more than 60 per cent of the team comprises underperformers, the leader is at fault,” says Anil Mohanty, HR head, Medikabazaar.

A study suggests that unknowingly leaders can create underperformers in their teams with their attitude of distrust and overgovernance. Such behaviour leads the team members to lose trust in their work and their performance gradually begins to decline.

That is why, it is so important for leaders to be motivating. They should be able to give their members some level of autonomous decision-making power. They should also allow their team members the freedom to work in their own style.

According to HR leaders, in case a team is underperforming, the first thing required is to perform a root cause analysis of the situation. Talk to the concerned managers and their team members and try to find out what exactly is going wrong. There can be a few reasons, such lack of leadership quality in the managers, or the leaders creating a toxic environment with their attitude, which does not let the employees give their best.

“Generally, in such cases, the leader is at fault. To correct the situation, we can take the leaders through a training programme so that they can be guided. We can also look back and examine those whom we are promoting to become leaders,” suggests Mukul Chopra, HR head, Club Factory.

“In my experience, I have seen many such cases in different organisations. If more than 60 per cent of the team comprises underperformers, the leader is at fault”

But many a time guiding the leaders does not really produce great results. Changing the mindset of the leaders is very difficult.

“I have seen in many cases, that guiding and training the manager is pointless. They have reached a certain seniority level where it is impossible to explain to them that something is wrong with them,” shares Mohanty.

“Of course, you have to give a chance to the manager to improve, but more often than not, only harsh steps work, such as removing the person from the role,” adds Mohanty.

If the concerned managers and their teams manage to improve and show good performance, the leaders are retained. Otherwise, the managers are asked to move to another role, where they are responsible for their own individual performance.

Other than leaders being at fault, there can also be a problem in hiring. “I believe that hiring the right people is also as important as grooming good leaders. About 90 per cent of HR problems results from wrong hiring,” asserts Chopra.

The leaders need to pick their teams very carefully and hire people with caution.

“I believe that hiring the right people is also as important as grooming good leaders. About 90 per cent of HR problems results from wrong hiring”

“I feel this is the main problem for HR. To fulfil the mandate of expanding the organisation, we just start hiring without actually giving a thought to why we should hire someone,” mentions Chopra.

Sometimes, a good performer cannot become a good leader. A classic example is that of Sachin Tendulkar, who is regarded as the god of cricket. He was an exceptional batting sensation but when it came to leading the side, he did not turn out to be a great captain. In spite of possessing such deep knowledge of the game, he failed to deliver as a leader.

The HR community has to be careful about a few things which can prevent such situations. It is essential to hire the right people with a positive attitude. It is equally important to choose leaders and conduct leadership trainings so that the managers are aware of what it is like to be a leader. Lastly, we should continuously train the employees so that their performance levels remain steady.

Clearly, if 70 to 80 per cent of your team is not performing as per expectations, individuals are not to blame. It is the leadership that should come under scrutiny.

How to make cross-functional teams successful