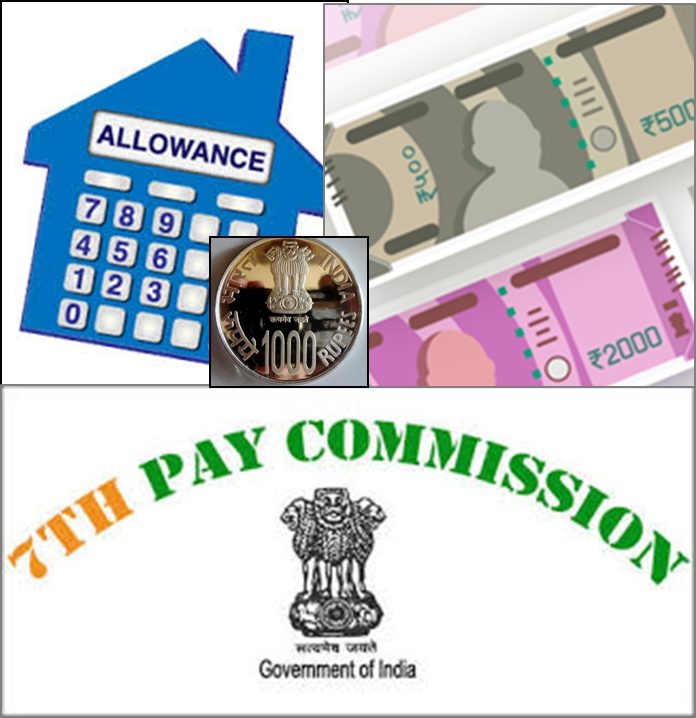 The CoA had undertaken extensive stakeholder consultations such as Joint Consultative Machinery (Staff side) and representatives from various staff associations before finalising its recommendations.

The 7th Central Pay Commission (CPC) had recommended 53 of 197 allowances for central government employees to be abolished and 37 allowances be subsumed in an existing or a newly proposed allowance.

The Government had set up a Committee on Allowances (CoA), which recommended retaining 12 of 53 allowances and the cabinet has approved the same.

Besides, 3 of the 37 allowances recommended to be subsumed by the 7th CPC will also continue as separate identities due to the unique nature of these allowances. The rates of these allowances have also been enhanced as per the formula adopted by the 7th CPC. This will benefit over one lakh employees belonging to specific categories in Railways, Posts, Defence and Scientific Departments such as Space and Atomic Energy.

The CoA had undertaken extensive stakeholder consultations such as Joint Consultative Machinery (Staff side) and representatives from various staff associations before finalising its recommendations.

The existing rate of HRA has been revised to 24 per cent for X, 16 per cent for Y and 8 per cent for Z category of cities. However, the government has ensured a minimum HRA of Rs 5,400, Rs 3,600 and Rs1,800 for X, Y and Z category, respectively keeping in mind that the reduced rates may not be sufficient for employees falling in lower pay bracket. This will benefit more than 7.5 lakh employees belonging to Levels 1 to 3.

HRA will be further revised upwards in two slabs as per the increase in DA. For instance, when the DA crosses 25 per cent, the HRA rate will be revised to 27, 18 & 9 per cent for X, Y & Z category, respectively and the same will revised to 30, 20 & 10 per cent per cent when the DA crosses 50 per cent. This will benefit all employees who do not reside in government accommodation and get HRA.

Dress Allowance
At present, various types of allowances are paid for provisioning and maintenance of uniforms/outfits such as Washing Allowance, Uniform Allowance, Kit Maintenance Allowance, Outfit Allowance etc. These have been rationalised and subsumed in newly proposed Dress Allowance to be paid annually in four slabs – Rs 5,000, Rs 10,000, Rs 15,000 and Rs 20,000 per annum for various category of employees. This allowance will continue to be paid to Nurses on a monthly basis in view of high maintenance and hygiene requirements. Government has decided to pay higher rate of Dress Allowance to SPG personnel keeping in view the existing rates of Uniform Allowance paid to them as also their specific requirements. The rates for specific clothing for different categories of employees will be governed separately.

Tough Location Allowance
Some allowances based on geographical location such as Special Compensatory (Remote Locality) Allowance (SCRLA), Sunderban Allowance & Tribal Area Allowance have been subsumed in Tough Location Allowance. The areas under TLA have been classified into three categories and the rates will be governed as per different cells of R&H Matrix and will be in the range of Rs 1,000 – Rs 5,300 per month.

Existing rates of Special Allowance for Child Care for Women with Disabilities has been doubled from Rs 1,500 per month to Rs 3,000 per month.

For Pensioners
Fixed Medical Allowance (FMA) for Pensioners has been increased from Rs 500 p.m to Rs 1,000 p.m and this will benefit more than 5 lakh central government pensioners who do not avail CGHS facilities. The rate of Constant Attendance Allowance granted on 100 per cent disablement has been increased from Rs 4,500 per month to Rs 6,750 per month.

The financial implication of the revised rate of allowance will be Rs 30748.23 crore per annum.