While on one hand AI is recruiting and training more pilots to overcome its shortages, Jet Airways is concerned about the plight of its Indian pilots.

State-owned air carrier, Air India, has strategically opened doors to Indian aviation talent. Co-incidentally, this move comes at a time when the pilots union at Jet Airways has asked Indian pilots not to fly with the expat pilots in the airline from next month.

The National Aviators’ Guild (NAG), the union of Jet’s pilots, issued a directive to its members earlier this month, preventing Indian pilots from flying with the expats from May 1, referring to some alleged cases of wrong behaviour by expat pilots. The union also said that expats are a huge drain on the company’s and the nation’s finances despite the fact that India has no dearth of aviation talent. In fact, there are many CPL (commercial pilot licence) holders sitting idle, waiting endlessly, for years on end at times, to get a decent job.

On the other hand, AI is hiring over 80 junior pilots for its wide-body Boeing B777 and B787 aircrafts to meet the shortage of cockpit crew. While the process to induct these first officers or co-pilots is in the final stage and they are expected to join Air India by next month, the airline is further scheduled to take delivery of four more Boeing 787 as well as three B777 between July this year and March next year.

Air India currently has about 170 co-pilots to steer its 15 B777 and 23 B787 planes as against a requirement of over 370. About 95 candidates were selected for the simulator test after they cleared the written examination. The 85 who cleared the simulator test are now in the process of joining Air India. These candidates are already type rated on narrow body Boeing 737 and conversion as pilots for the wide-body B737 can be done easily.

Type rating is a regulating agencies’ certification given to a pilot to fly a certain aircraft type that requires additional training, which involves huge cost, beyond the scope of the initial license and aircraft class training.

While on one hand AI is looking at recruiting and training more pilots to overcome its shortages, the pilots’ union at Jet Airways is concerned about the fact that although there is a requirement to hire expats when a new aircraft type is inducted into the company, it has been over 15 years since Jet Airways hired its first expat. In such a long time span, the union feels that the management could have replaced the expats with Indian pilots.

With such disparities, the aviation industry in India could see significant talent movements in the near future. 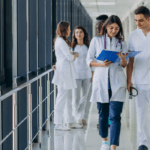 HRK News Bureau - January 20, 2023
0
During and post -pandemic, the jobs market underwent drastic changes. For those who are wondering about the future of their careers or are seeking...

UP govt. hikes DA by 3% for employees